Sacred And Religious Sites In Casablanca 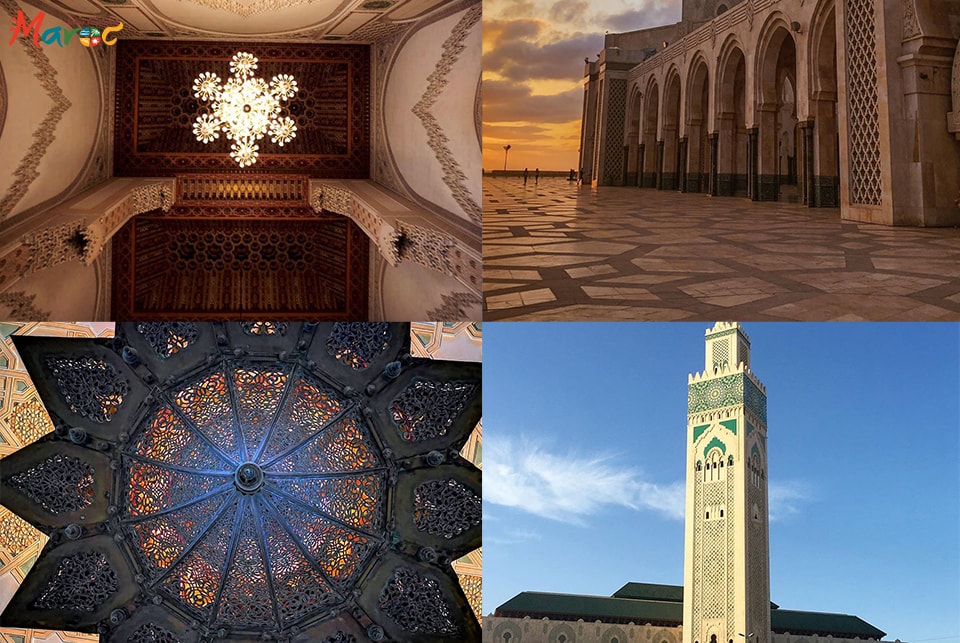 Built between 1986 and 1993 by the architect Michel Pinseau at the request of King Hassan II and with the work carried out by the French group Bouygues, constructed the Hassan II Mosque located in Casablanca.
Built partly upon the sea, it is a religious and cultural complex laid out over nine hectares and includes a prayer room, an ablution room, baths, a Koranic school (madrassa), a library and a museum.
It is the only functioning mosque in Morocco that non-Muslims may visit. An obligatory guided tour gives details of this unusual building, explains Muslim traditions and imparts knowledge of traditional Moroccan arts to visitors. 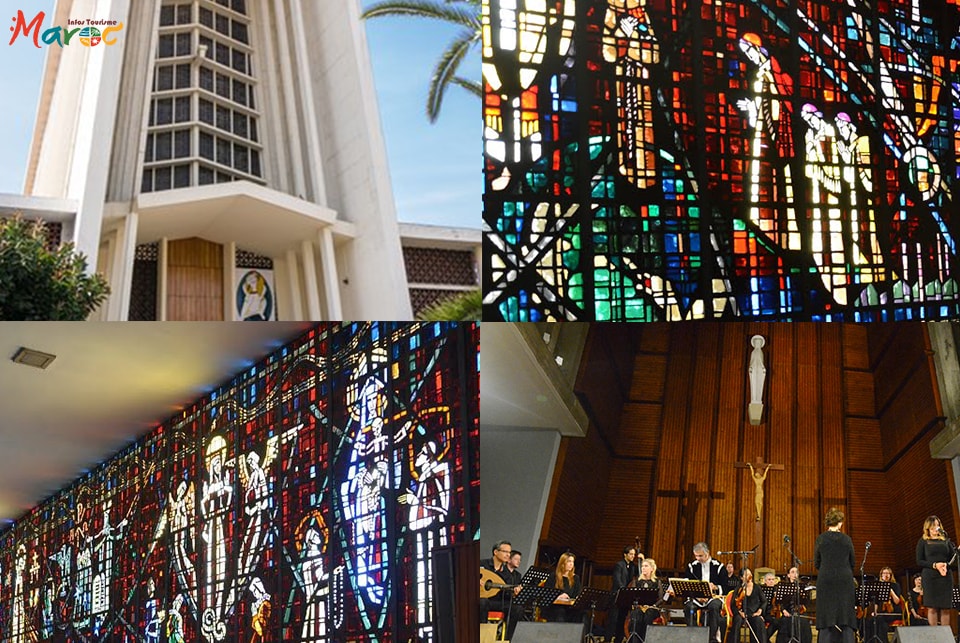 In 1954, before independence, the church of Notre Dame de Lourdes was built by the architect Achille D'Angleterre and the engineer Paul Zimmer near the Habous district.
It is one of five churches in Casablanca.
This monument is characterised by beautiful architecture in a modern style with very beautiful stained glass.
Mass is held on Sundays at 11am, Mondays, Wednesdays and Fridays at 7pm. There is no weekday mass during the summer. 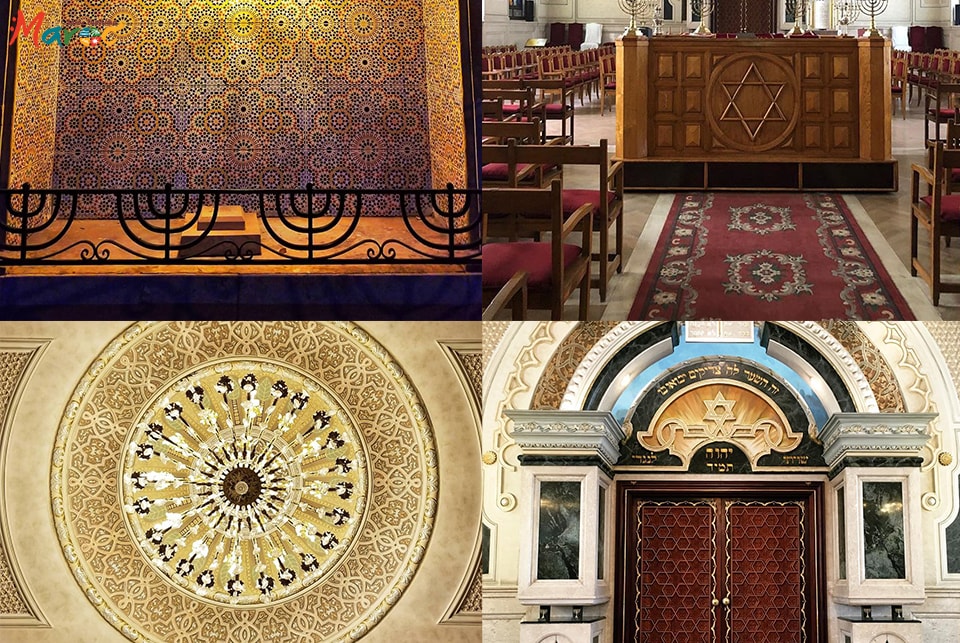 Located in the heart of the White City, the Beth-El Temple is one of the largest of Casablanca's 30 synagogues and is also the city's best-known Jewish place of worship.
This is also where most of the festive events of the local Jewish community are celebrated.
With its coloured windows, giant chandeliers and its unique architecture with white and golden plaster, it attracts the curiosity of tourists every year and is a dynamic resource for the Jewish community. 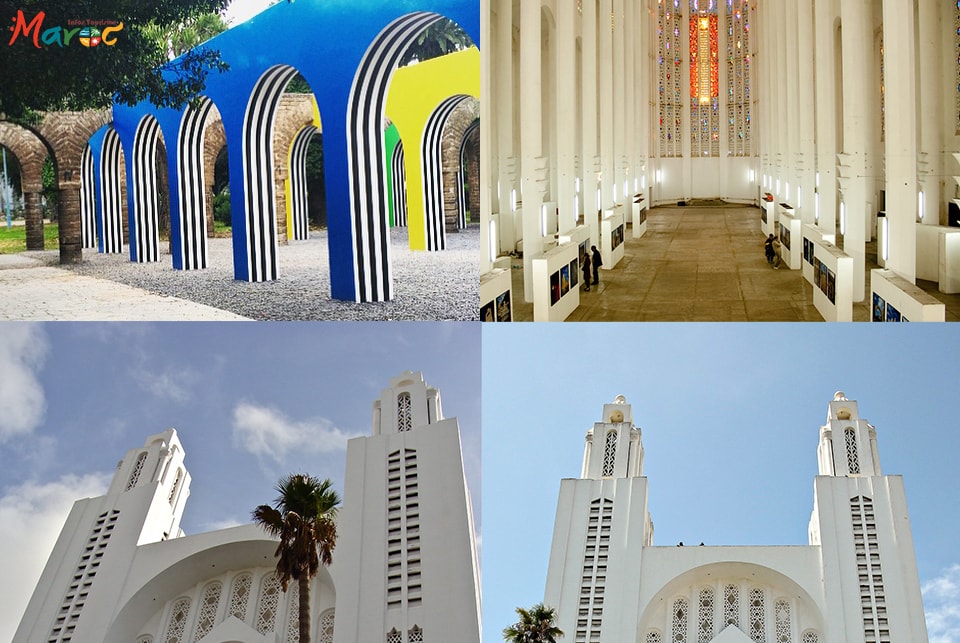 This church was built in the 1930s following the design of the French architect Paul Tournon, Inside, the stained-glass windows set in reinforced concrete are made up of columns of small coloured squares which cast their shimmering gleams on the walls during the day.
It is noticeable that those in the central nave geometrically recompose the body of Christ, with its red tunic crossed by a golden band.
Of the face haloed in blue, only a trace remains. It has most likely been erased, as the representation of the human figure is forbidden by Islam.
The Cathedral of the Sacred Heart is currently deconsecrated and regularly hosts exhibitions of great artists and other cultural events inside or in its surrounding beautiful public garden. As of March 2020, its renovation is nearing completion for a reopening as a permanent arts and cultural centre.