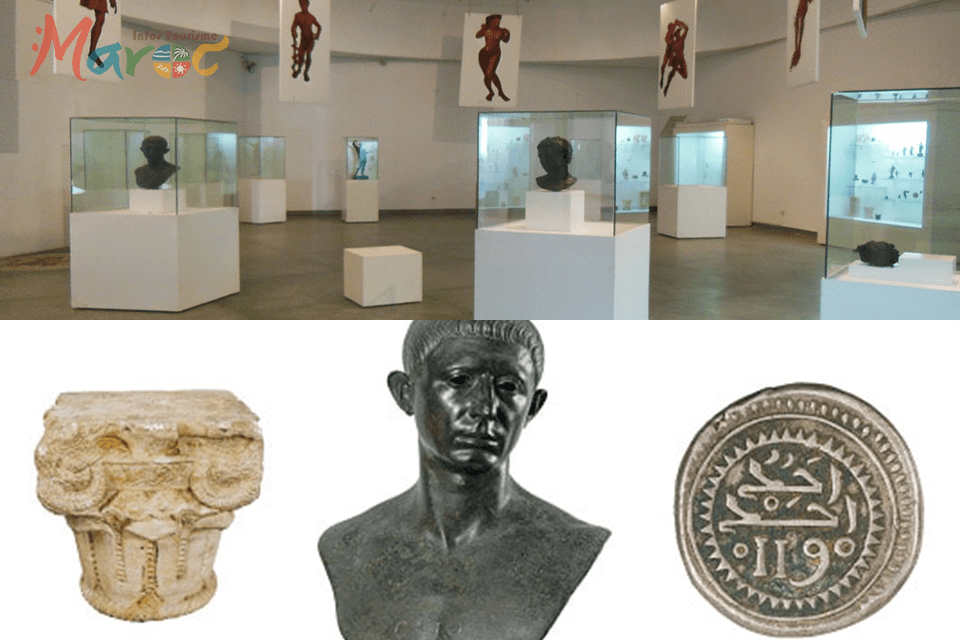 The history of the museum's collections began in 1915 with the launch of a series of archaeological excavations under the French Protectorate at the initiative of the famous General Lyautey.
The most famous and richest of these excavations were those at the Roman site of Volubilis, under the direction of Louis Chatelain.
The numerous discoveries of exceptional objects necessitated the organisation of an Antiquities Department, which was officially created in 1918. 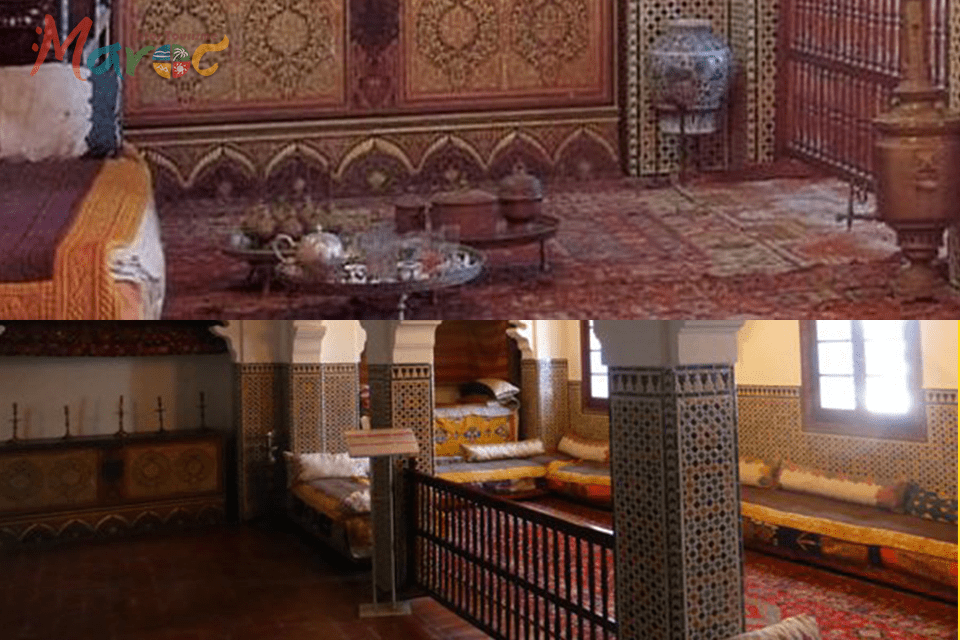 Inaugurated on July 29, 1948, the Ethnographic Museum of Tetouan is nestled in an historic fortress built by order of the Alawite Sultan Moulay Abderrahman around 1830.
The museum consists of an interior garden, whose layout is reminiscent of traditional palaces and houses with a small pond in the centre, a vertical water feature covered with zellige and topped by a wooden canopy covered with round tiles, a cafeteria area that occupies the roof terrace of the fortress on which many cannons of Portuguese origin are displayed and two exhibition areas on the ground floor and first floor. 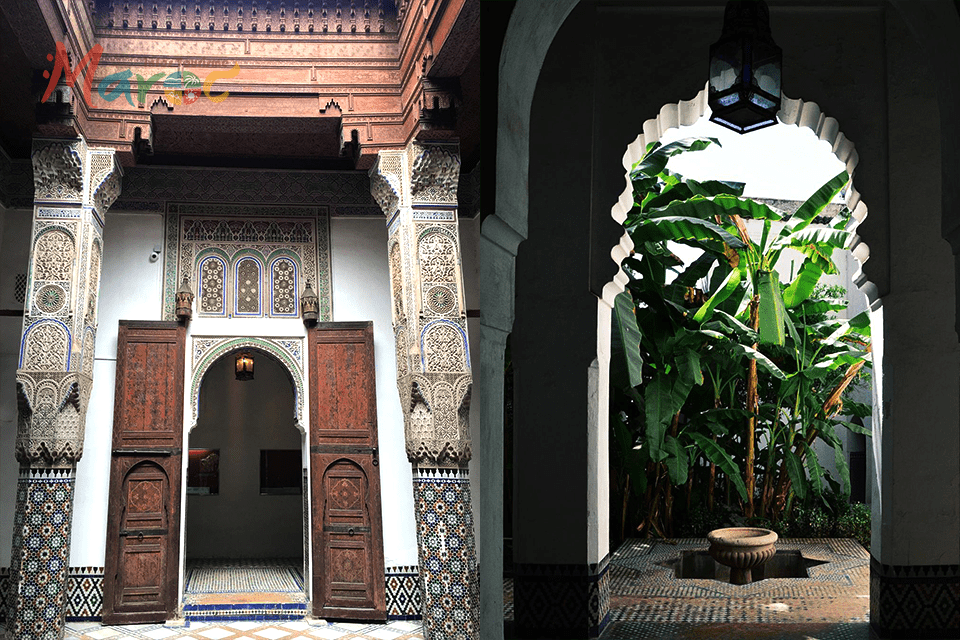 The Dar Jamai Museum was originally a private building built in 1882. Of Hispano-Moorish architectural style, this majestic palace is an example of the residences of the Moroccan "makhzen families" at the end of the 19th century. Belonging to Mohamed Ben Larbi Jamai, grand vizier of Sultan Moulay Hassan I (1873 - 1894), this vast residence was eventually sold to the Glaoui of Marrakech, who never came to live there.
In 1912, the French claimed the building, but not for a museum. They set up a military hospital in it. It was not until 1920 that the building was assigned in its entirety to the Regional Fine Arts Inspectorate, which transformed it into a museum with an important craft gallery.
Since then Dar Jamai was classified as an historical monument and most of its collection consists of objects dating from the 19th and 20th centuries.
This new design also attempted to make the Museum the focus of interest for young visitors from an early age.
A space was reserved for children, allowing them to express themselves in drawing and entertainment workshops.
The tour ends with an Andalusian-style Riad, decorated with a manzah pleasure pavilion decorated in painted wood. 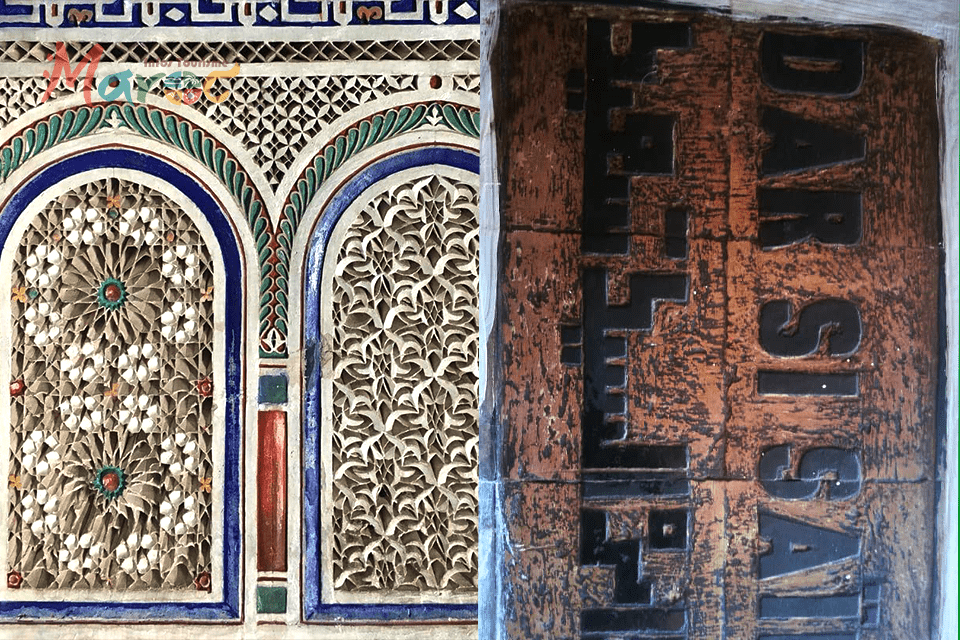 The palace of Dar Si Said was built in the second half of the 19th century by the Minister for War, Si Said B. Moussa. In 1930, under the French Protectorate, the palace was transformed into the Museum of Indigenous Arts, and also hosts workshops of craftsmen demonstrating their traditional techniques.
The Dar Si Said Museum is the oldest museum in the city and exhibits the largest number of works. This museum is officially called the Museum of Moroccan Arts. 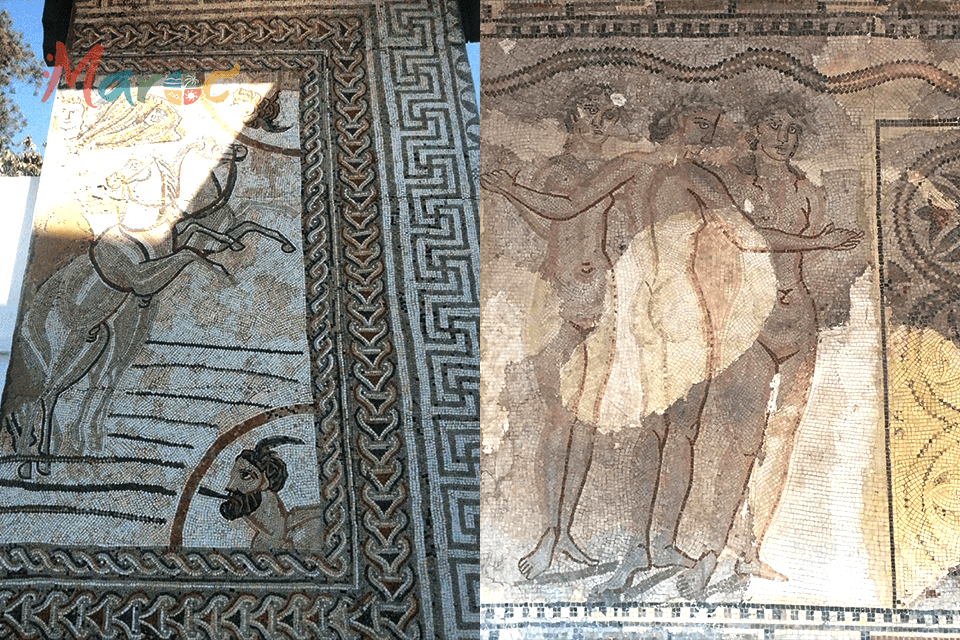 Inaugurated on July 19, 1940, the Archaeological Museum of Tetouan is located in the city centre, a few streets away from the picturesque Medina which was listed as a World Heritage Site in 1997.
The collections of the Archaeological Museum of Tetouan are linked to those of archaeological research in the region. The majority of the remains and exhibits come from excavations undertaken in northern Morocco from the 1930s onwards.
The museum consists of an Andalusian-style garden, a vestibule, three permanent exhibition rooms, a projection room, a small restoration workshop, a storeroom and administrative offices. 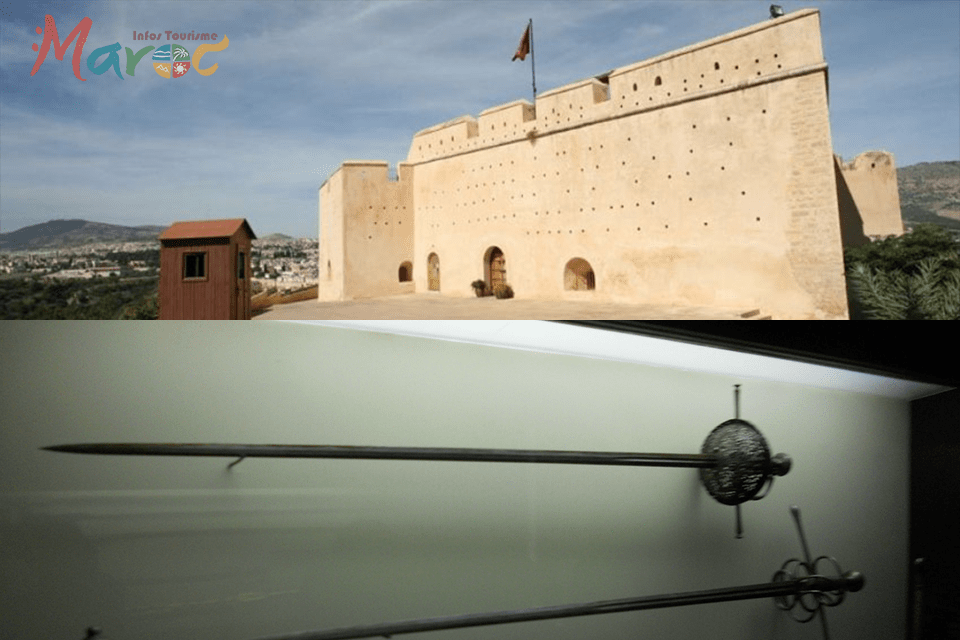 The military fort, Borj Nord, dating from the 16th century, houses the Weapons Museum. It was built in 1582 by order of Sultan Ahmed El Mansour to watch over and protect the city of Fez against foreign threats.
The majority of the weapons on show come from the "makina", a weapons factory founded in Fez in the 19th century by Sultan Moulay Rachid.
All weapons are displayed chronologically in eleven rooms, from carved stone to cannon, axes, halberds, spades, spears, a beautiful collection of sabres and swords with chiselled handles, damascened Indian jiamdhai, Malaysian kriss, Iranian helmets, saddles with their ornamentation. 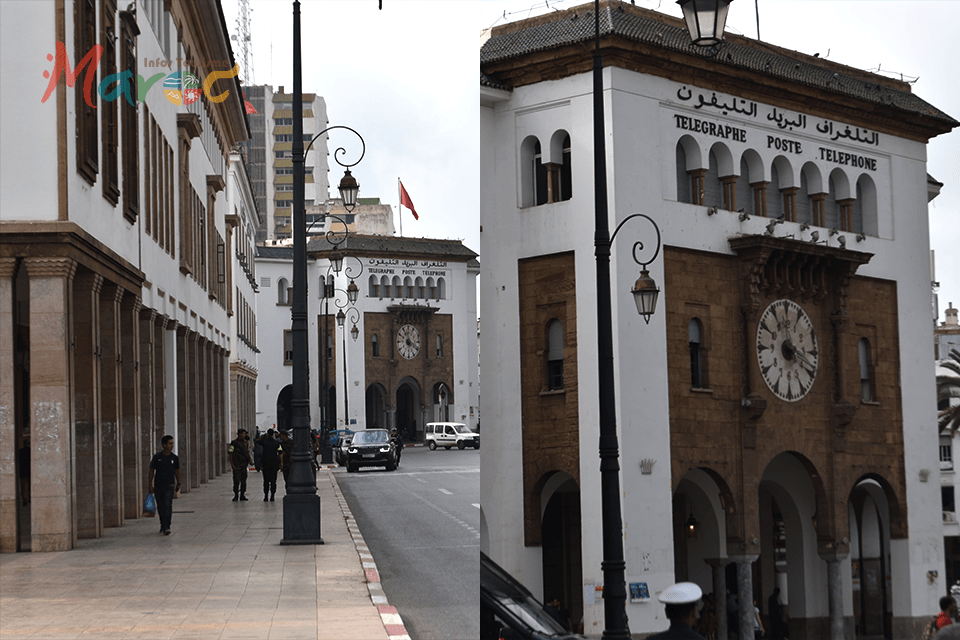 Sultan Moulay Hassan I created the Makhzen post office in 1892 which can be considered as the precursor of the modern Moroccan post office.
This post office was initiated later than another service known as the local post office, which was a private post office marketing private stamps and was monopolised by foreigners and traders residing in Morocco.
It was so called because it used postage stamps that were not, however, valid outside of two particular localities.
In this space open to the public free of charge, the visitor can reconstruct parts of the history of Morocco through its stamps. In the same way, visitors can see and understand the evolution of the postal worker's profession. 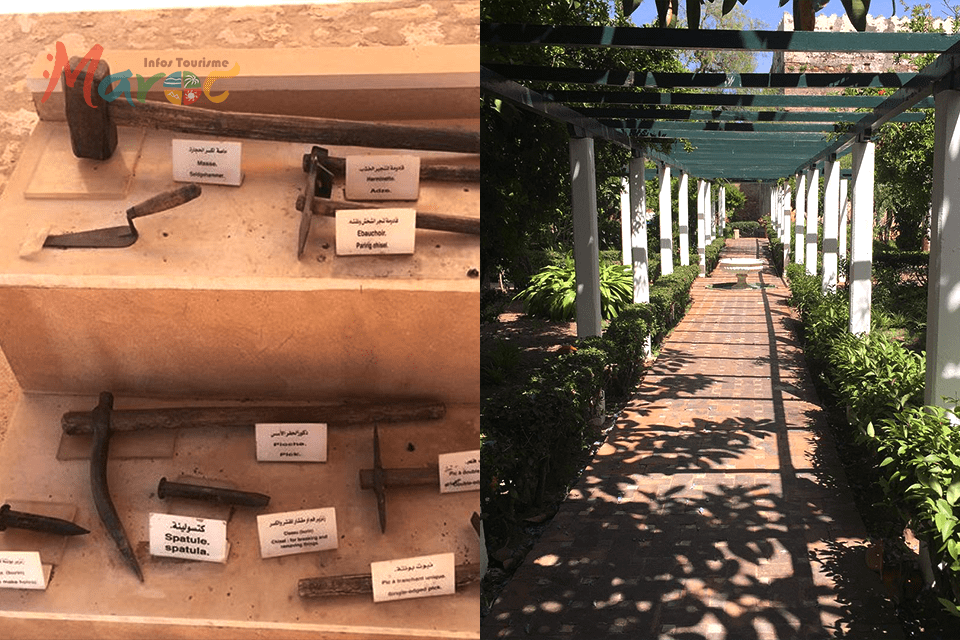 The Kasbah Museum of Mediterranean Cultures offers its visitors an exceptional exhibition, consisting of archaeological and ethnographic collections that reflect the diversity and uniqueness of Tangier.
The exhibition unfolds in a flexible fashion as it is divided into three sections organised according to the architectural layout of the Palace.
A chronological tour illuminated by themed stops allows visitors not only to contemplate the beauty of the building, but also to reconstruct, rebuild and understand the history of the city and its interactions with the Mediterranean world. 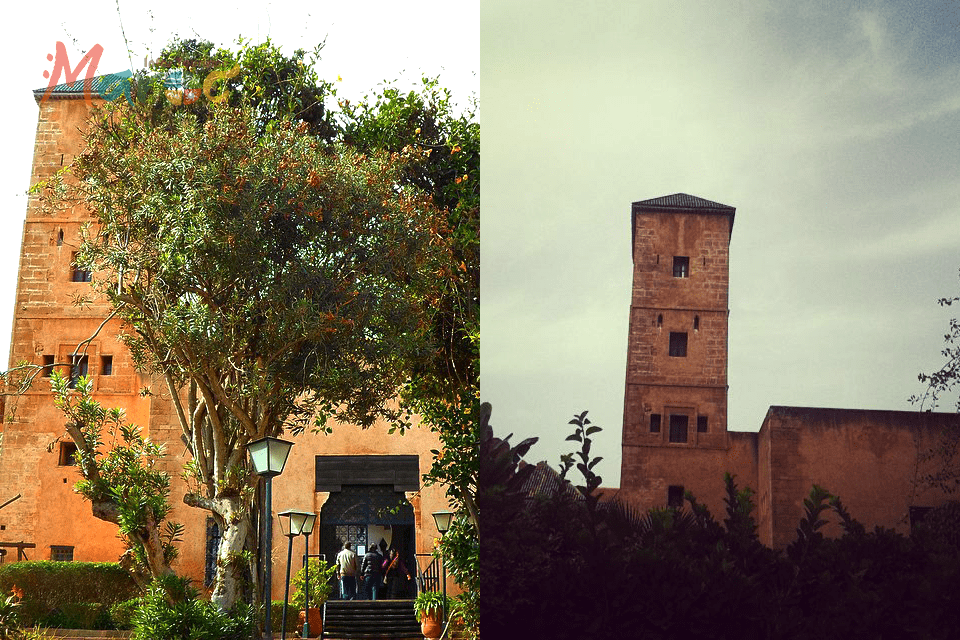 The National Jewellery Museum is located in the mythical Kasbah of the Oudayas, an ancient fort built by the Almoravid dynasty between the 10th and 12th centuries, on the edge of a cliff overlooking the Bouregreg River.
The palace housing the Museum was originally the residence of Sultan Moulay Ismail in Rabat whose construction was started in 1672.
This architectural jewel is representative of the Moroccan palaces of Arab-Andalusian style. Transformed into a museum in 1915, the palace now exhibits an ethnographic collection of Moroccan handicrafts - jewellery and traditional ornaments, clothing, weapons and astrolabes.
The collection of jewels, as rich as it is varied, shows the undeniable know-how of the Moroccan craftsman. The astrolabes bear witness to the genius of the Maghreb school and its contribution to the development of science.
Carpets, pottery and musical instruments complete the picture of what the Oudaya Museum holds in its ethnographic collections. 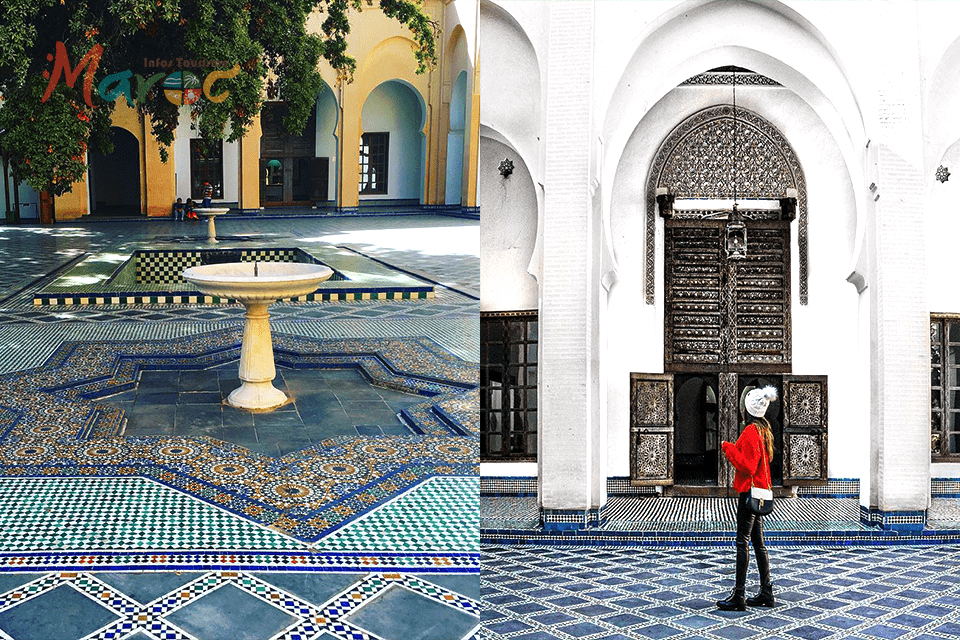 The Al Batha Museum is a palace and summer residence, built at the end of the 19th century by Sultan Moulay Hassan I. His successor, Moulay Abdelaziz, completed and embellished this Arab-Andalusian-style building.
In 1915, the palace was transformed into the Museum of Popular Arts and Traditions, and a few years later, in 1924, it was classified as a national heritage monument.
Currently the museum presents a new permanent exhibition entitled "Arts and traditions of living in Fez and its region".