Tourist Sites In Agadir Not To Be Missed

A radiant luminosity by the ocean bordered by huge beaches of about 10km. Here, the softness is that of fine sand, the caress of the sun. It is paradise all year round, just 3 hours from the main European cities. Agadir is an Amazigh city in southwest Morocco, located on the Atlantic coast in the Souss region, 508 km south of Casablanca, 173 km from Essaouira and 235 km west of Marrakech. With 900,000 inhabitants in 2012, it is in a beautiful location and has an idyllic climate that will make you forget all your worries. Lined by palm-fringed boulevards and with its waterfront bars. Agadir, Morocco's leading seaside resort, has a decidedly western atmosphere. Agadir is also the premier tourist centre of the country, a claim sometimes disputed by Marrakech, and is also the largest fishing port in Morocco. Commercial activity is also booming with the export of citrus fruits and vegetables produced in the fertile Souss Valley. Its exceptional climate has more than 300 days of sunshine a year and its long 10km long beach is more sheltered than many beaches on the Atlantic coast. It is now the largest seaside resort in Morocco where tourists and foreign residents come in large numbers, attracted by a mild climate throughout the year. Known for its white buildings hidden behind the dunes, its wide flower-filled boulevards, its modern hotels and European-style cafés, Agadir is no longer a typical city of traditional Morocco, but a modern, active and dynamic city, resolutely turned towards the future. 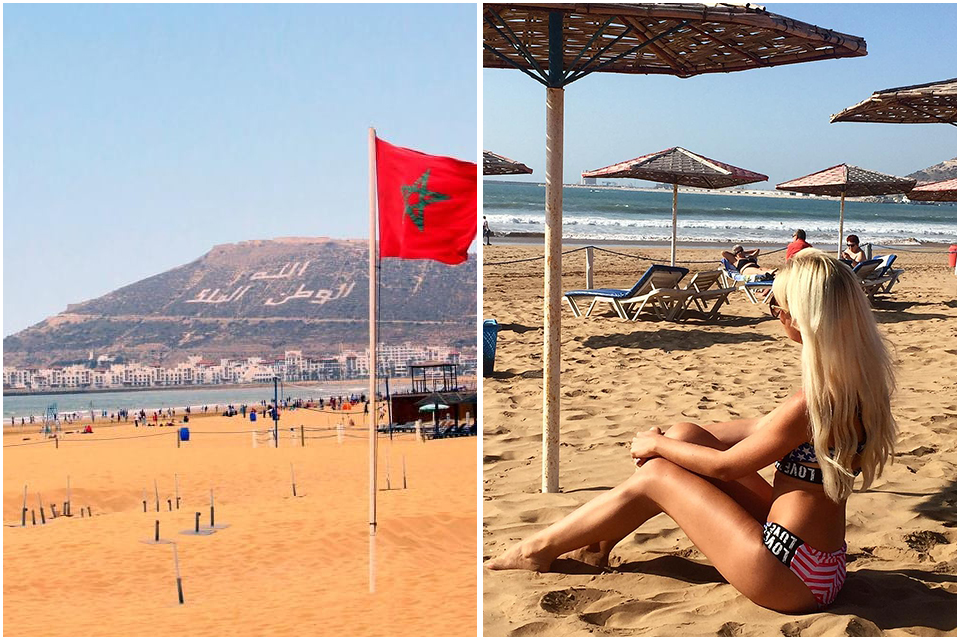 The immense beach of Agadir extends over about 10km. The place is ideal to relax, enjoy the sun and share warm moments with friends and family. Nearby, Avenue Tawada, the Boulevard de la Corniche and Boulevard de l'Oued Souss offer restaurants and bars to take advantage of the mild climate while having a breath-taking view of the ocean. Agadir's long beach is one of the only places in the city where the atmosphere is not stifling and where tourists can get some fresh air so is not to be missed. 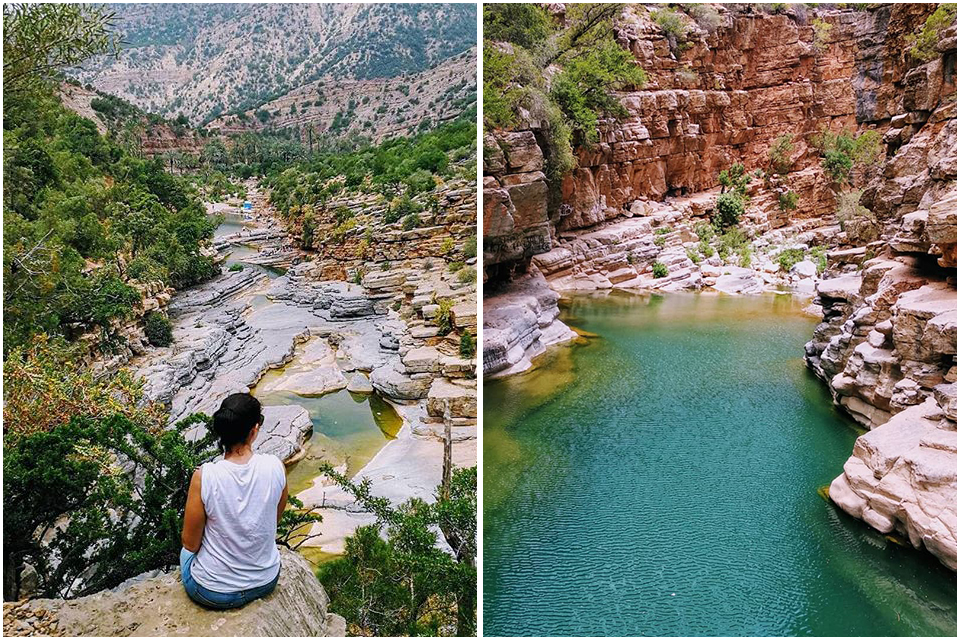 After an hour of walking through the forest, mountains and rivers, a surprisingly beautiful place appears with 3 big waterfalls and their own natural pools of turquoise waters. It looks like paradise on earth. 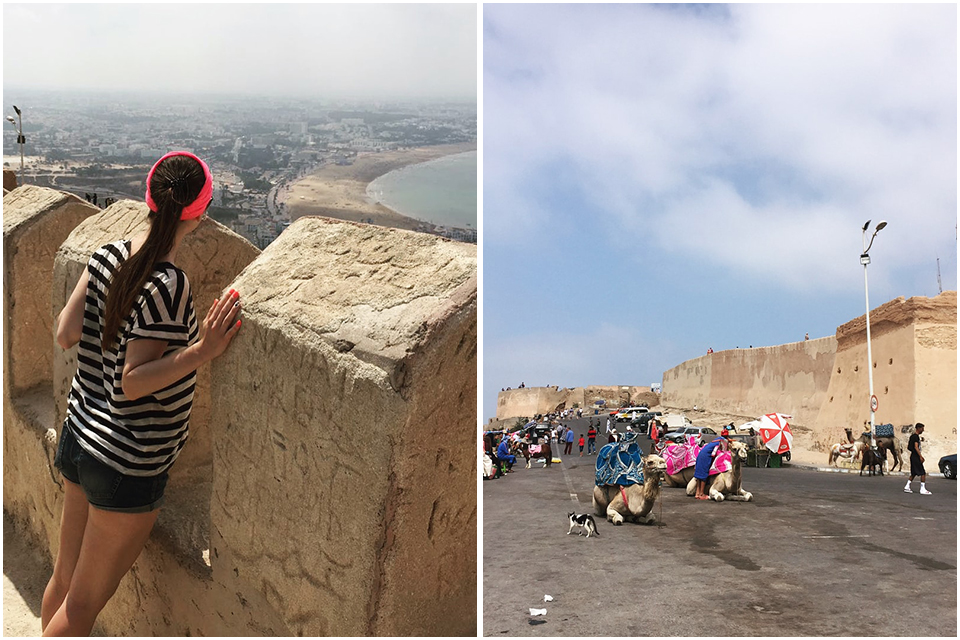 The Casbah or Kasbah of Agadir is the most majestic site of the city. It is a fortress overlooking the city and the beach and culminating at a height of 236 meters. It was erected in 1540 by Mohammed Esh-Sheikh, a Moroccan king belonging to the Saadian dynasty. After having conquered the city, he had these walls built in order to protect himself from possible invasions, especially by the Portuguese. The site was rebuilt in 1752 to increase the security of Agadir. After the earthquake of 1960, the fortifications were rebuilt on their original places but only the front door was preserved in its authenticity. During their walk, visitors should not forget that this fortress enclosed the oldest district of Agadir, at the time composed of small streets and cheerful residents. The place is ideal to admire the city from all angles as well as the sunsets ! 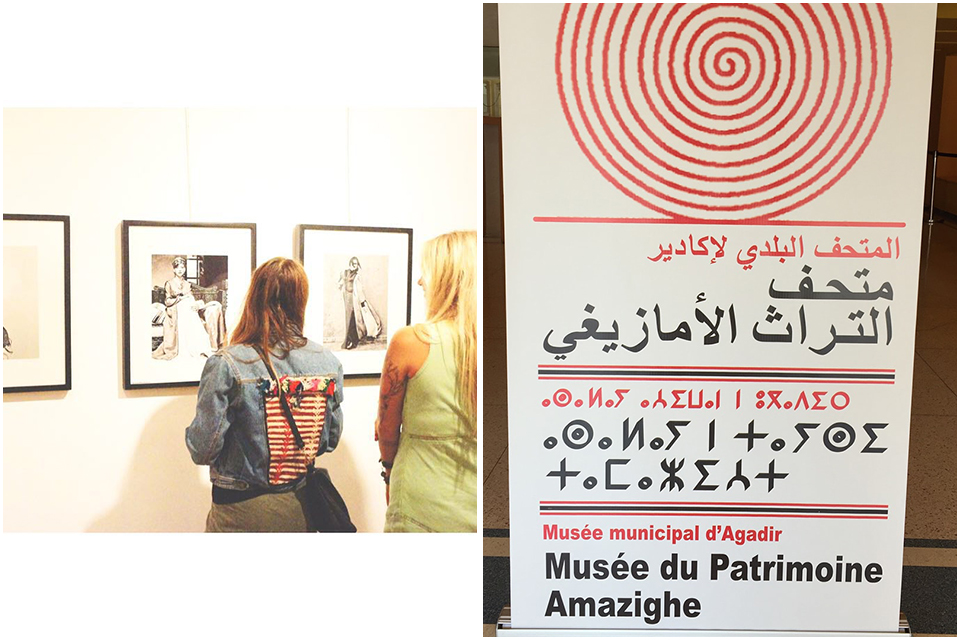 Located on Boulevard Hassan II on Place Ait Souss, the Amazigh Heritage Museum is dedicated to the Berber heritage of the Souss-Massa-Draa region. The museum also aims to present the traditions as well as the daily life of the Amazigh. It therefore exhibits not only carpets, pottery, old manuscripts but also some of the techniques used in the making of jewellery and the tools used by craftsmen. Various events are sometimes held there as well as temporary exhibitions. 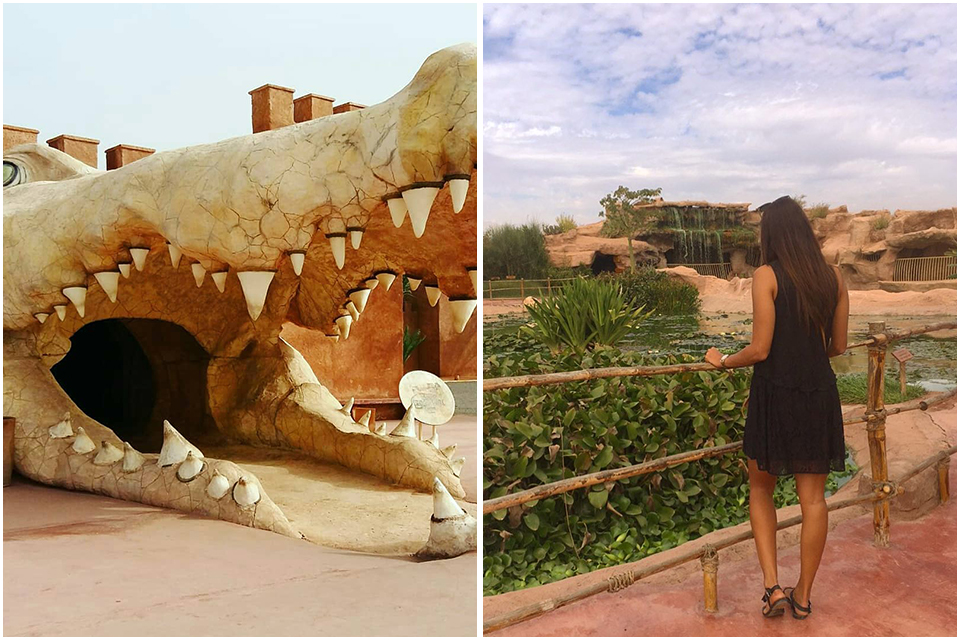 More than 300 Nile crocodiles, some of which are over 3 metres long, roam freely in a rich botanical garden with beautiful trees and perfect security. Giant turtles wander around quietly and the lucky visitors will be able to observe iguanas basking in the sun at the hottest hours of the day. 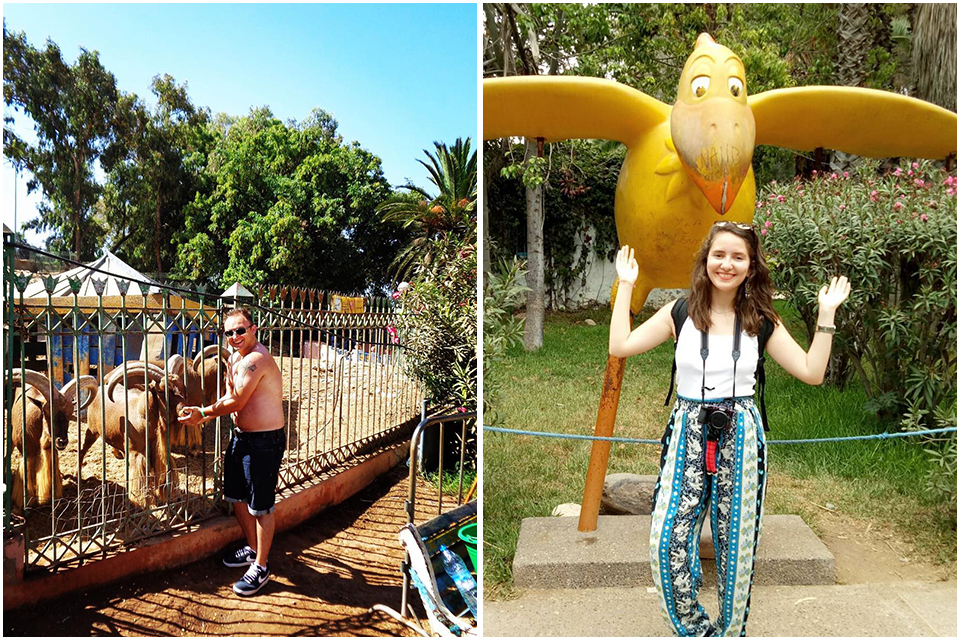 The Valley of the Birds is a 2.5-hectare wildlife park in the centre of Agadir, where rare South American and Asian birds and mammals such as mountain sheep and monkeys live side by side. This garden is planted with many species, such as magnolia, banana trees, bougainvillea and oleander, all around a refreshing waterfall. 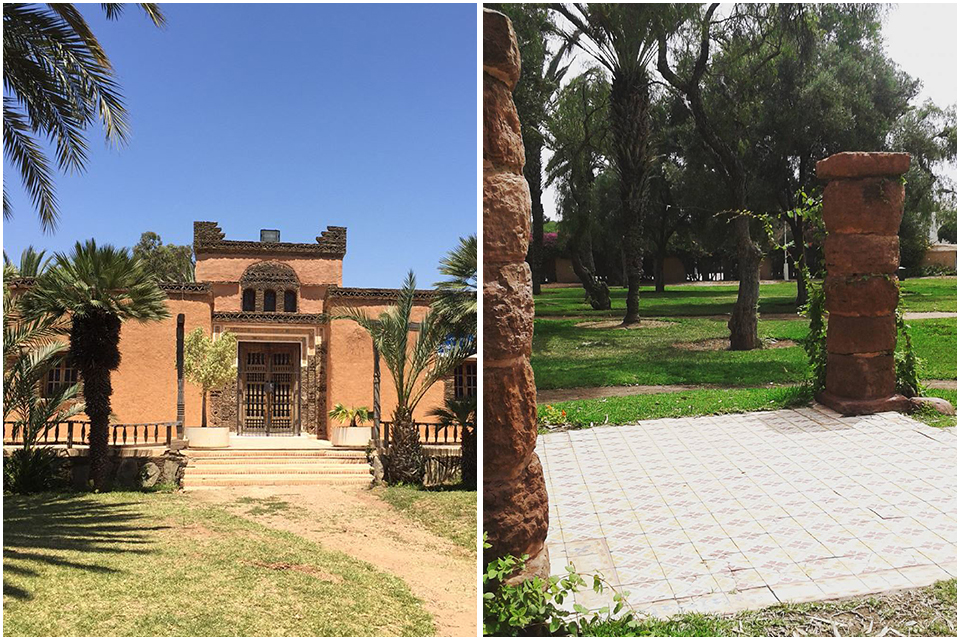 The Olhao Gardens are municipal gardens built in tribute to Olhao, the city Agadir is twinned with in Portugal. Located in the heart of the city, it is a pleasant and cool green space to go and rest in when the sun is high in the sky. The architecture of the gardens is reminiscent of the Moors of southern Spain, such as the gardens of the Alhambra in Granada. Inside there is a restaurant open for lunch and snacks. 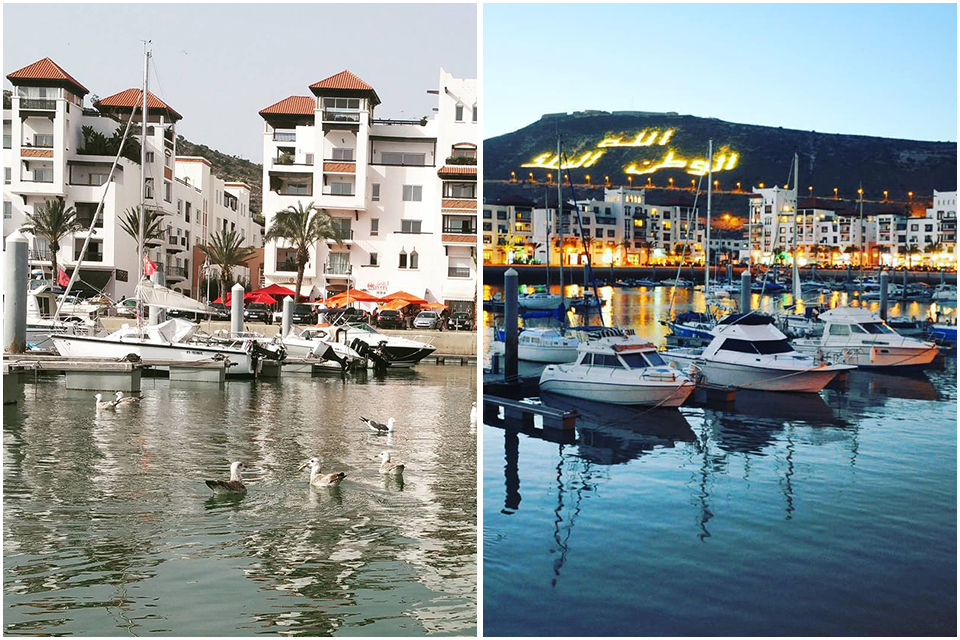 The Marina of Agadir is a tourist complex organized around a marina. First of all, there are brand name shops and restaurants. Then, why not take a boat trip? 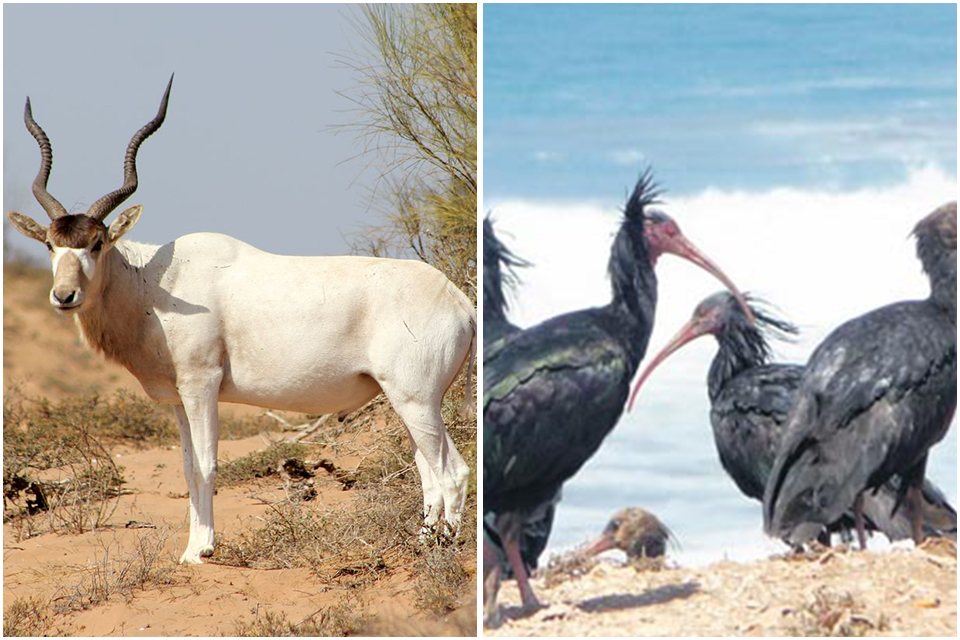 This includes seven villages of Berber tradition and craftsmanship. The park is known throughout the world for the presence of particular specimens including the famous bald ibis and other ibis species, flamingos, the white spoonbill, the black-headed chagra or bushshrike. 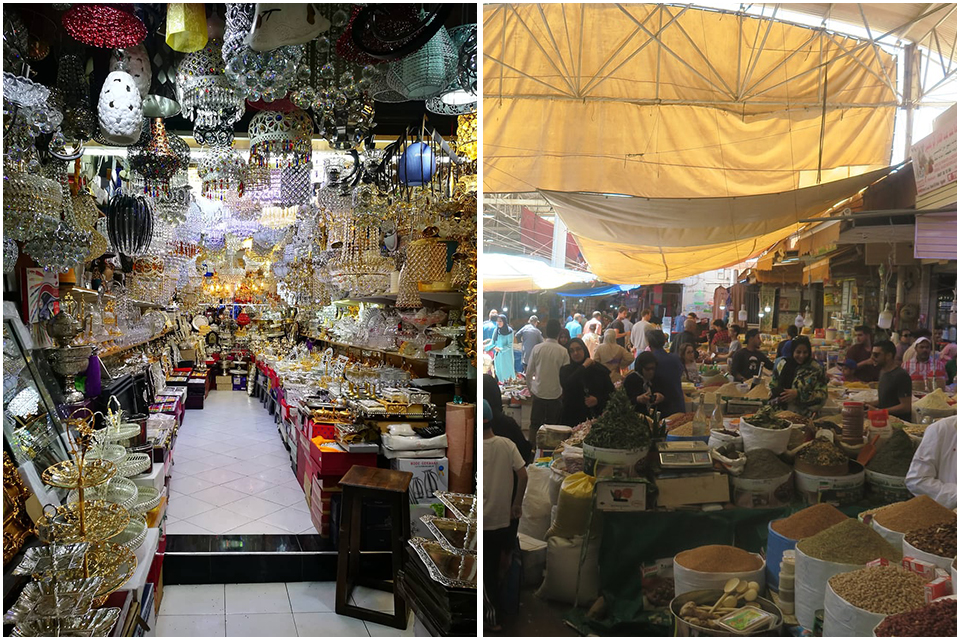 Located in the centre of Agadir, this souk comprises 6,000 shops arranged by type of product, as well as nine gates with as many open-air car parks. It is the largest souk in Morocco.