The Most Beautiful Kasbahs Of Morocco - Africa 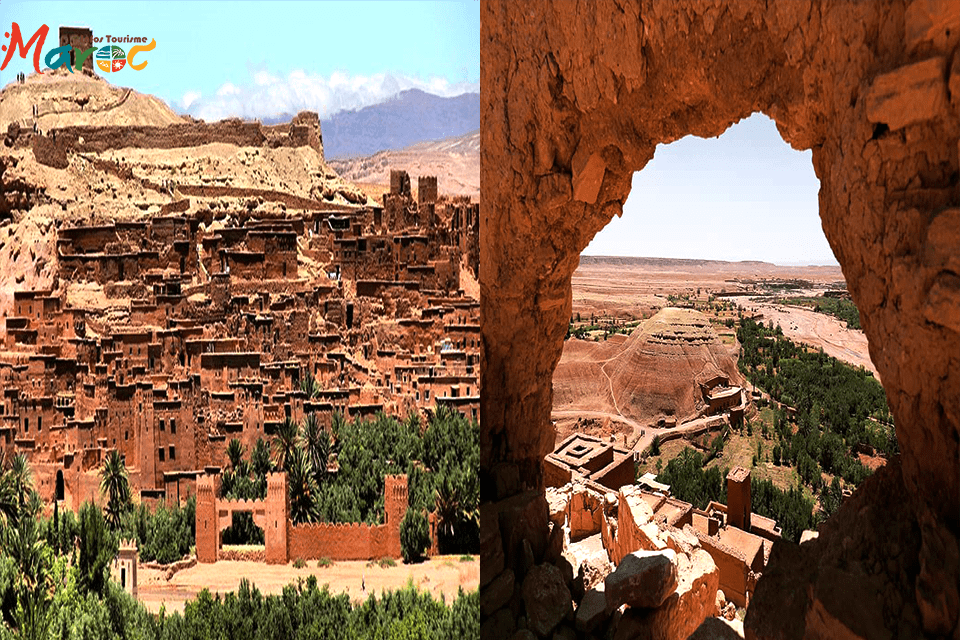 The Kasbah is located 30 km northwest of the city of Ouarzazate, in the rural commune of Aït Zineb, in the Amrezgane administrative area. It is a group of earth buildings surrounded by walls.
The Ksar of Ait-Ben-Haddou is a perfect synthesis of the earthen architecture of the pre-Saharan regions of Morocco. The houses are grouped within its defensive walls reinforced by corner towers.
The site and Ksar Ait Ben Haddou are classified as national heritage by decree No. 2.04.10 of 14 January 2004. Ksar Ait Ben Haddou was inscribed on the UNESCO World Heritage List in 1987.
At the foot of the hill the Maleh river (salt river) flows. The water is unsuitable for consumption because it is very salty. 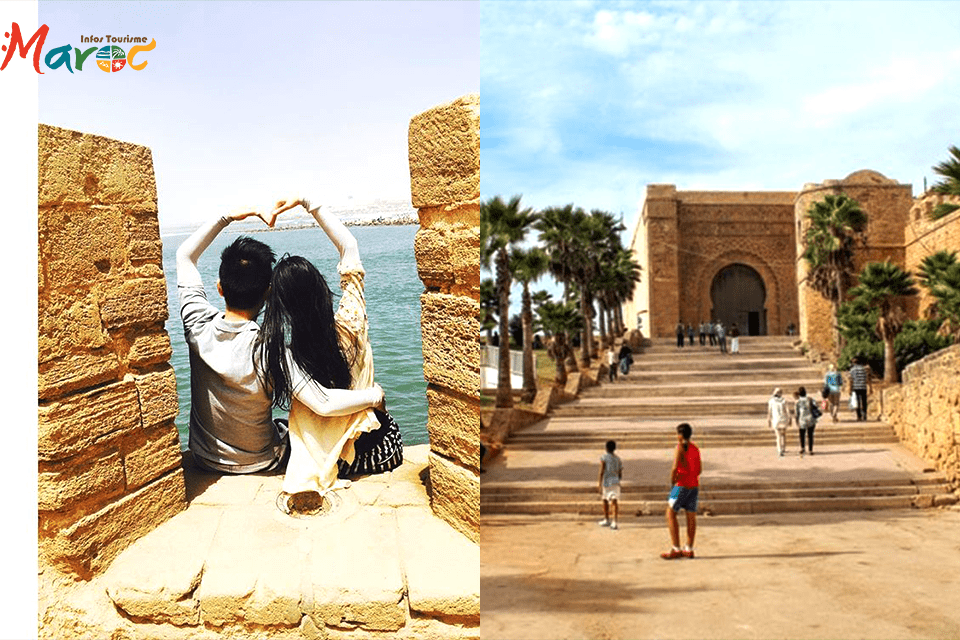 The Kasbah is a monumental masterpiece of the city of Rabat. It is located in the north-east of the city, on a cliff overlooking the mouth of the Bouregreg river and the Atlantic Ocean.
All roads lead to the cliffs where you can admire the estuary and the medina of Salé.
The Kasbah is classified as national heritage by the dahir of June 6, 1914. It was also inscribed on the UNESCO World Heritage List in 2012.
Tourists go to the Oudayas Kasbah to play cards, admire the scenery or of course enjoy a mint tea or Moorish coffee. 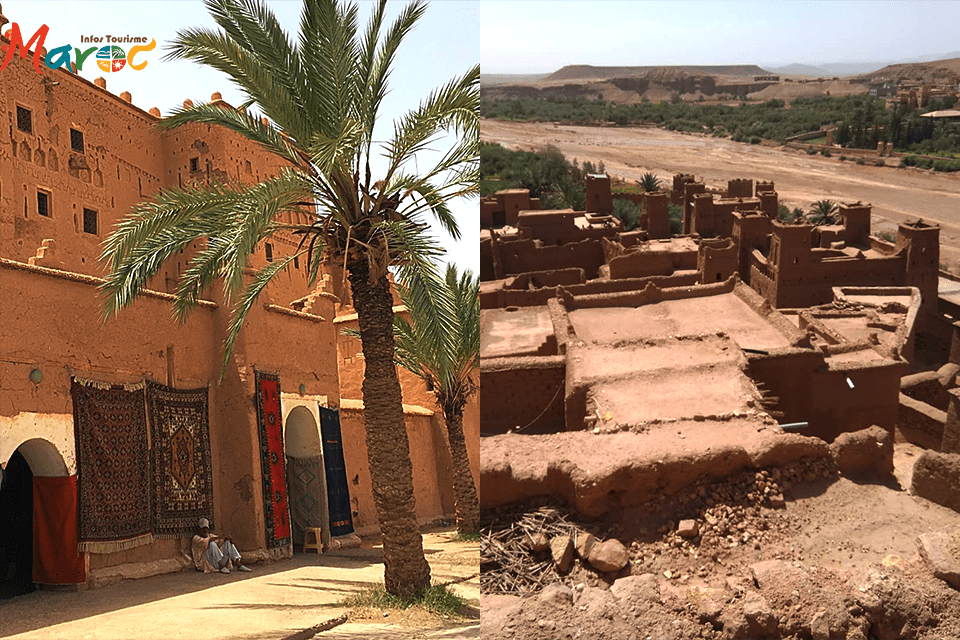 The Kasbah is located on a hill in the urban centre of the city of Ouarzazate. This building occupies a strategic position at the crossroads of ancient caravan passages, at the confluence of two main rivers: Assif Dades and Assif Idermi.
If it is now a UNESCO World Heritage Site.
The Kasbah of Taourirt, which is often compared to a large sand castle, is a real architectural jewel of Berber culture. 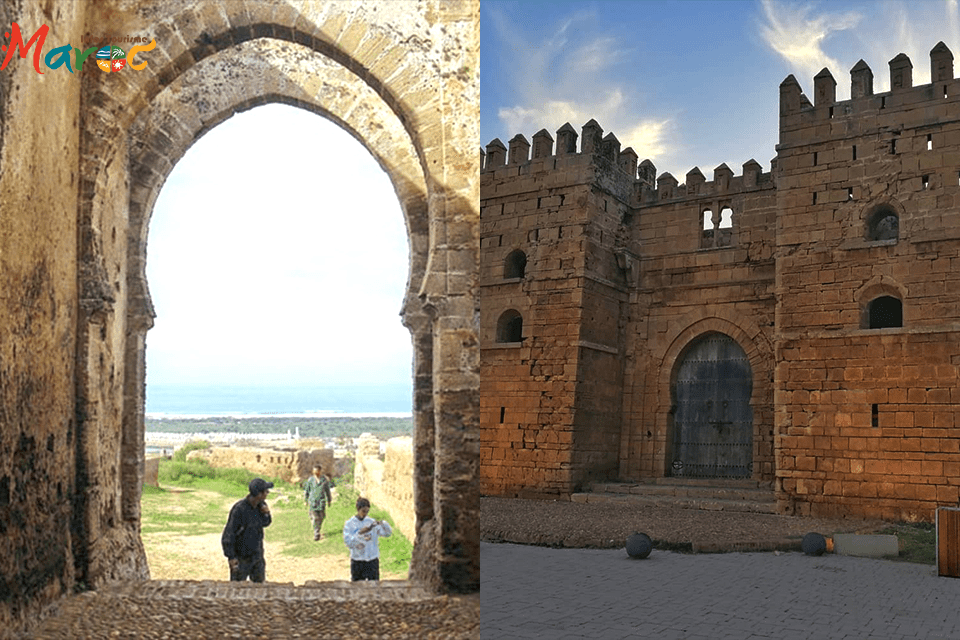 The Kasbah of Mehdia is located on the left bank of the River Sebou, 8 km west of Kenitra. Not far from the mouth of River Sebou, the Kasbah is founded on a 70m high hill overlooking the Atlantic Ocean and the coastal plain.
This city is of significant historical value both in terms of the movement of sedentary tribal people of the time and their grouping around the sultan in the face of foreign threats and in terms of trade with foreign countries. 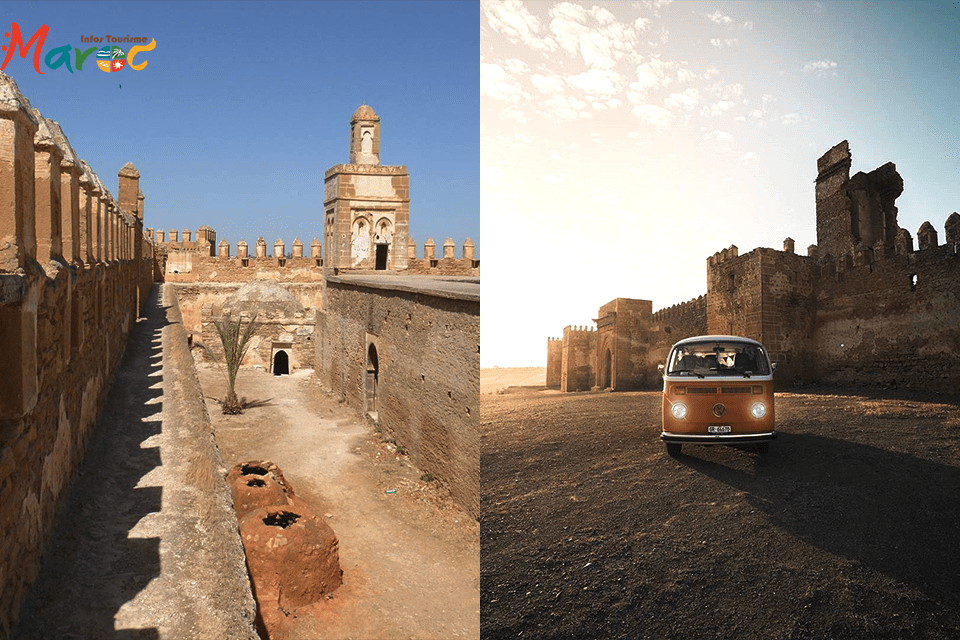 The Kasbah is located about 75km southeast of the city of El Jadida. It was built on a rocky cliff by French slaves overlooking the Doukkala plain on the left bank of the Oum Errabia river.
There are only ruins left today but this visit is quite nice, especially the tour of the ramparts, with breath-taking views over the valley. The grey wine of Boulaouane "Gris" is produced here but you will only find it in restaurants or supermarkets. 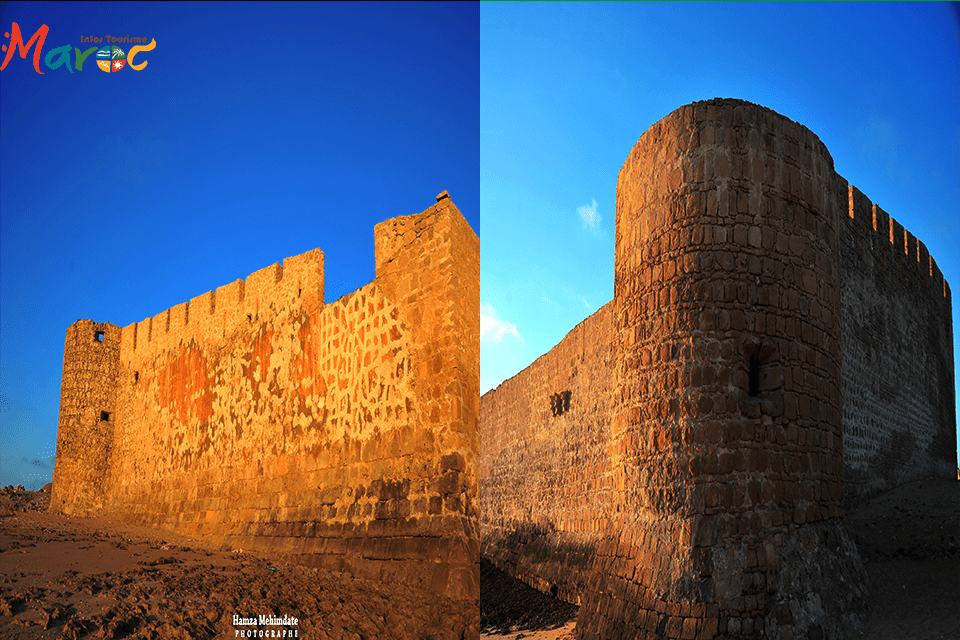 The Kasbah is located on the Atlantic coast about 3km from the mouth of the Tansift river, south of the city of Safi.
The outer wall, flanked by bastions and surmounted by barricades, has considerable appeal despite the ravages of time. It is 150m long on each of its four sides and contains a mosque and various ruined buildings. 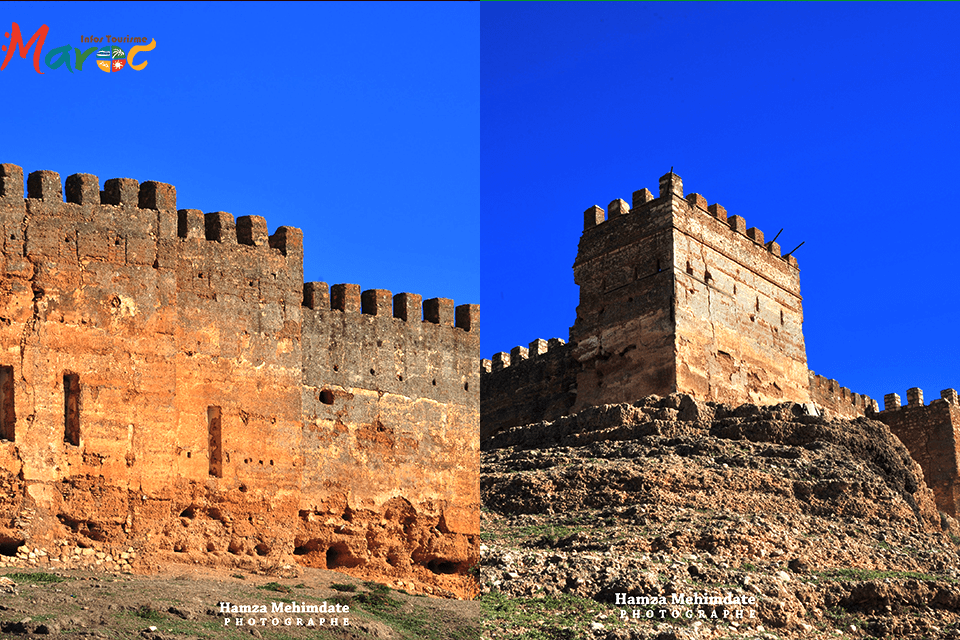 The Kasbah is located on the left bank of the Oum Errabia river in the middle of the Tadla plain. The Kasbah of Amergo was classified Historic Monument on 10/12/1930.