A Selection Of 13 Must-See Places In Casablanca 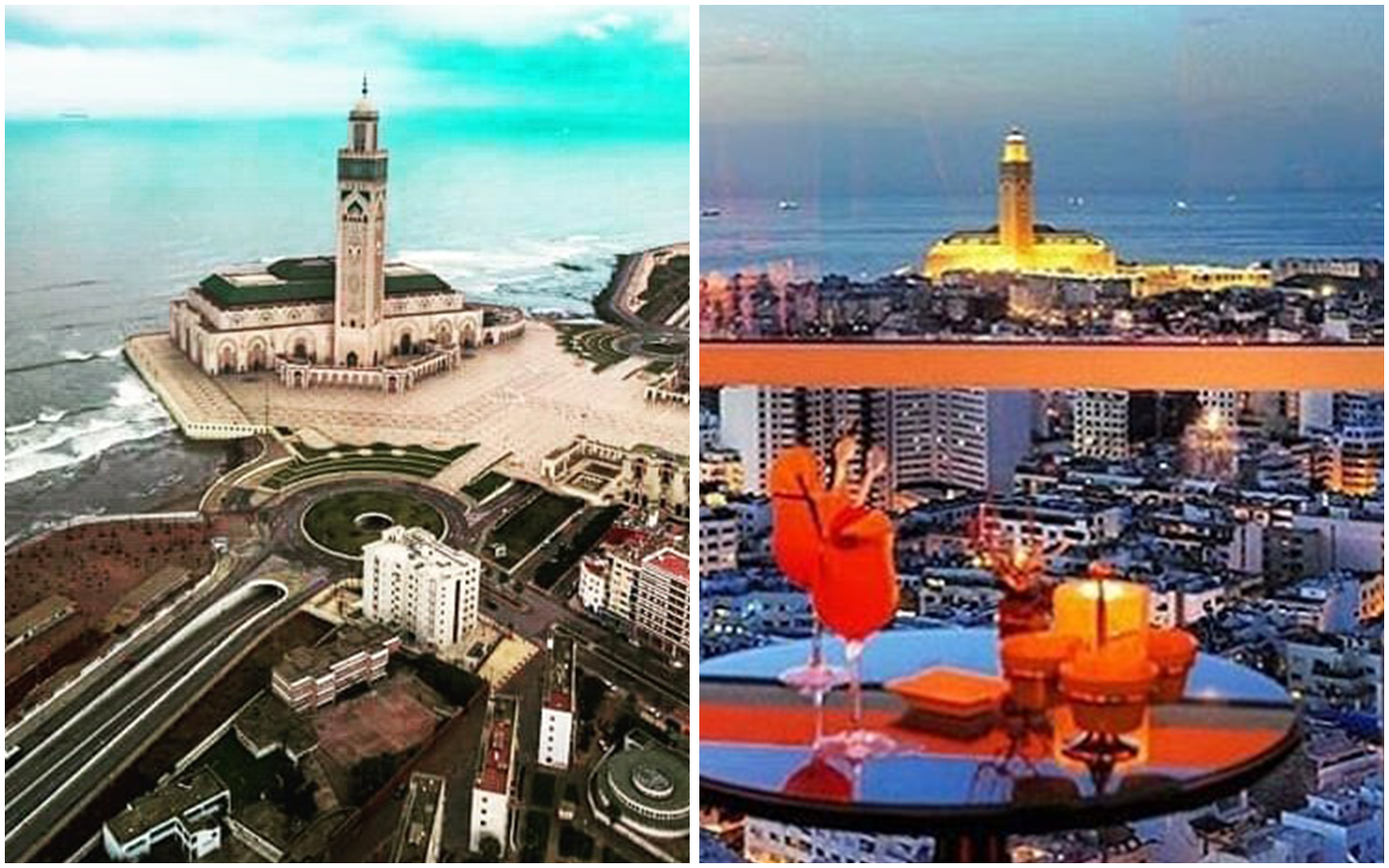 The Hassan II Mosque is a mosque located in Casablanca in Morocco. Built partly on the sea, it is a religious and cultural complex, laid out over nine hectares and includes a prayer room, an ablution room, baths, a Koranic school (madrassa), a library and a museum.
The prayer hall can accommodate 25,000 worshippers in a total area of 20,000m2 and the forecourt can hold another 80,000.
The Hassan II Mosque is one of the largest mosques in the world, and has a minaret 200-210m high, the highest in the world.
Craftsmen recruited from all of the cities of the kingdom carved 53,000m2 of wood and assembled more than 10,000m2 of zellige (ceramics) for this place of worship.
This mosque was constructed by order of the late Hassan II King of Morocco. 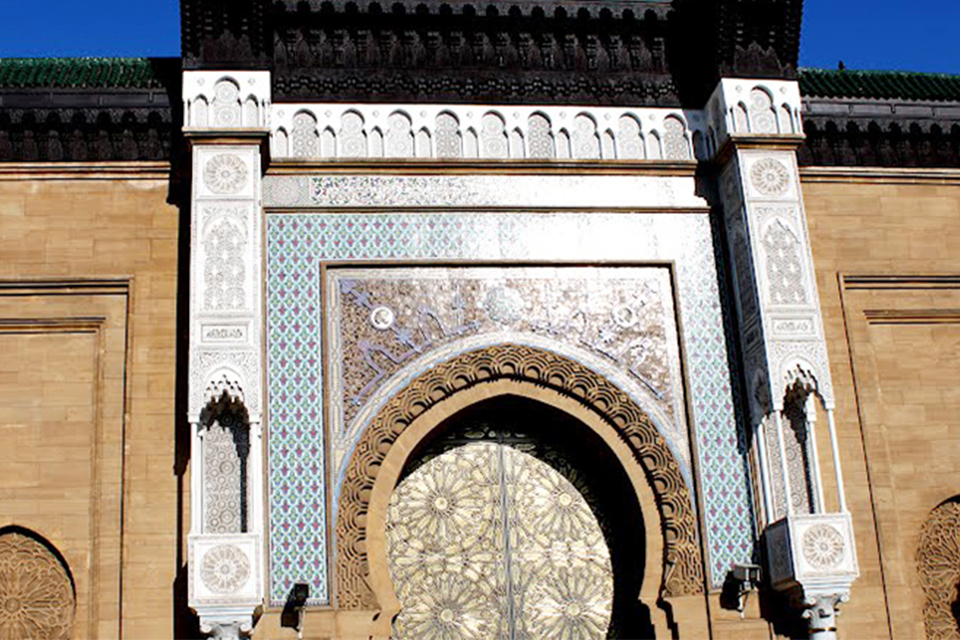 The Royal Palace of Casablanca is certainly the most beautiful monument of the city. Built in the 1920s by the Pertuzio brothers, this building has an Arab-Muslim architectural style while being very modern at the same time.
In the heart of the palace, Mediterranean-style gardens designed by the architect Forestier make the place even more sumptuous.
It is in this Royal Palace in Casablanca that important historical moments such as the visit of Pope John Paul II in 1985 and many other diplomatic visits were held.
The Royal Palace of Casablanca is a jewel of Morocco but it is not open to visitors. You can however go to the front of this large monument to admire its immense walls and especially its main entrance, a very high door ornamented with tiling and surmounted by a small green tiled roof. 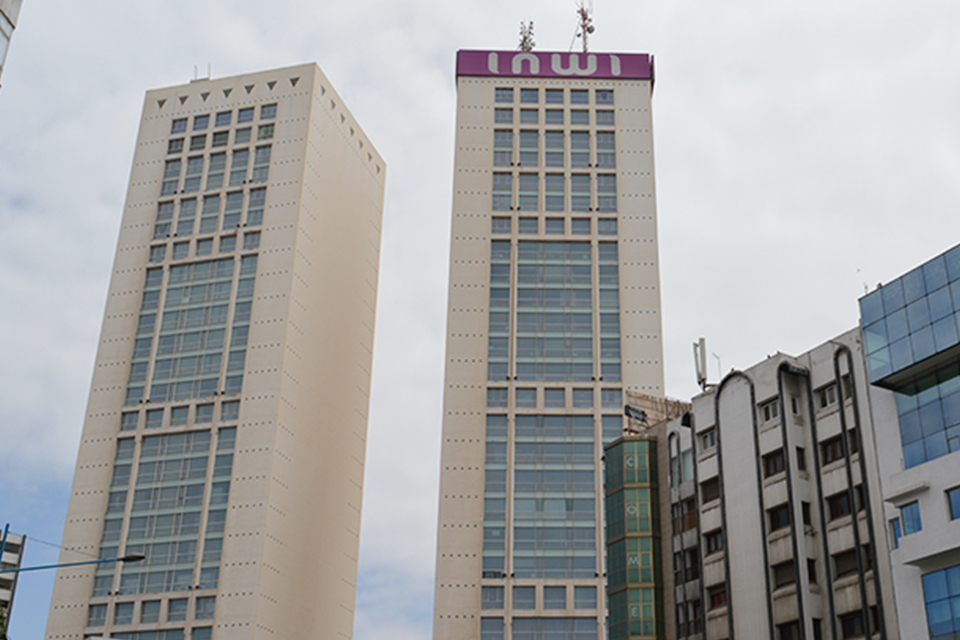 The Twin Center is a landmark in Casablanca's business district. At more than 100 metres in height, the twin towers dominate the horizon and form a coordinated and dynamic working environment, as evidenced by their particularly well-thought-out design in terms of technology, efficiency and comfort. One of the towers has been given over to a hotel.
Here you can eat or have a drink to admire the panoramic view of Casablanca. 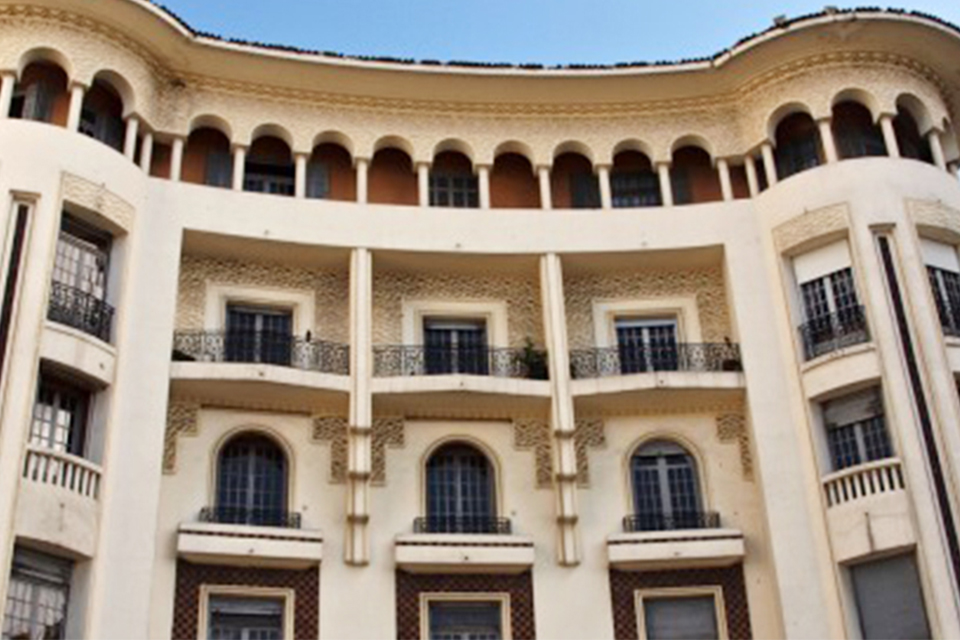 Emblematic of the architecture of Casablanca, the art-deco districts of the city were built on the initiative of the French during the protectorate in a desire to modernise the city.
At the time, many young architects took advantage of this great opportunity to showcase their know-how and implement their ideas.
This new wave, both in terms of urbanisation and architectural design, gave life to new districts built with this same art deco style in the heart of Casablanca.
Today many buildings have unfortunately been demolished and replaced by new construction. 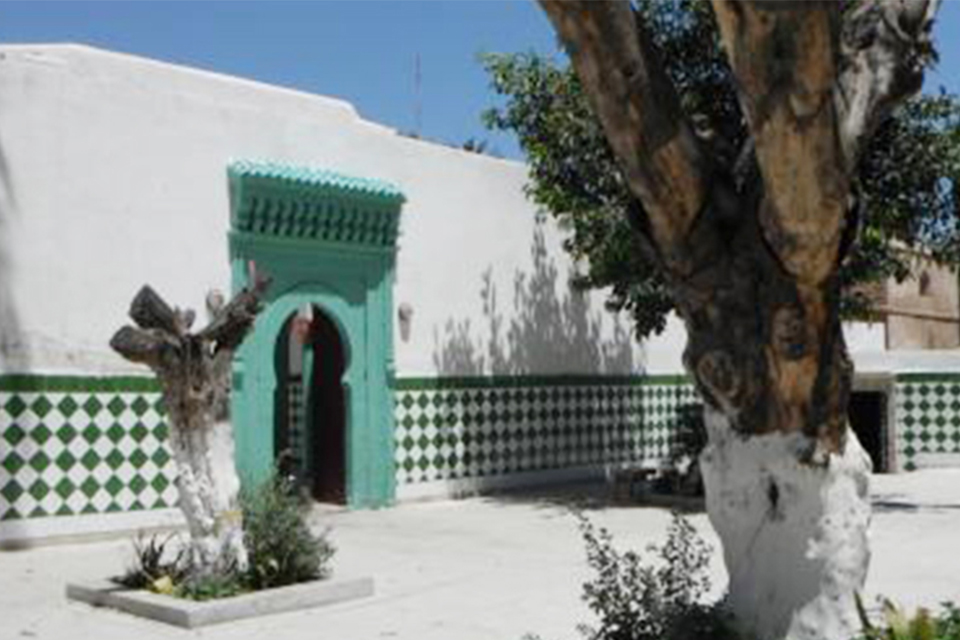 The Koubba of the Marabout Sidi Belyout has been, since its construction, visited by a large number of people seeking internal peace, relief and tranquillity.
A visit to the koubba became an unavoidable appointment for some, a moment to implore the saint’s blessing, but also an opportunity for meetings and reunions.
The Koubba of the Marabout Sidi Belyout is one of the hundreds of koubbas in Morocco.
Each of them contains the story of a saint who is known for a particular skill or value and who may have left a mark on the people and remained engraved in their memory and in history. 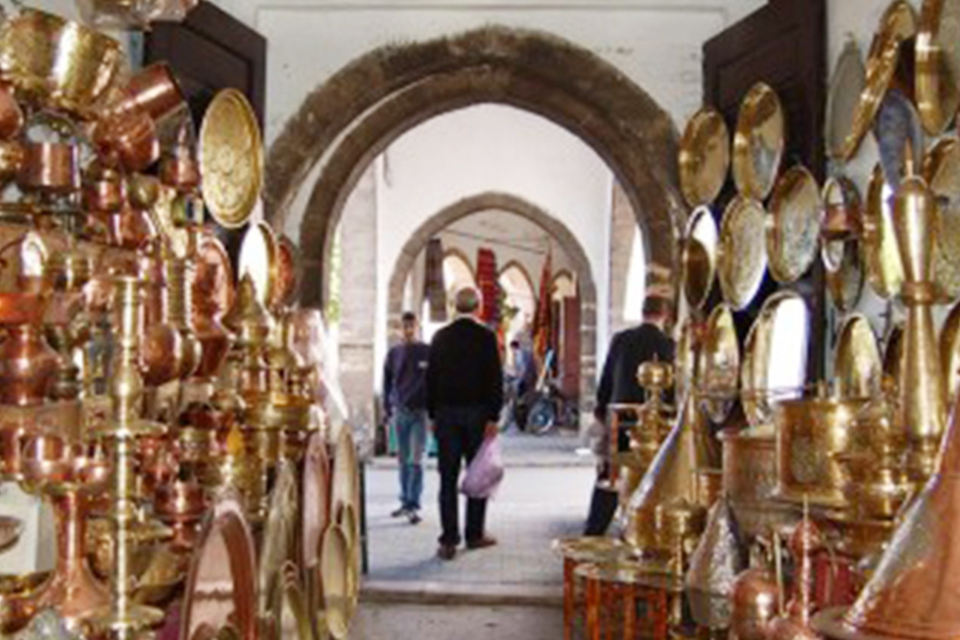 In the 1920s Casablanca began a rapid economic development attracting a very large workforce which needed to be housed.
This is why, under the leadership of French architects, the new medina was built in the Habous district in the south of the city.
Mixing traditional and modern architecture, it is criss-crossed by pleasant narrow streets where it is relaxing to stroll.
It is full of numerous merchants, craftsmen and a leather souk. There’s also a famous patisserie there. It’s definitely a sight not to be missed. 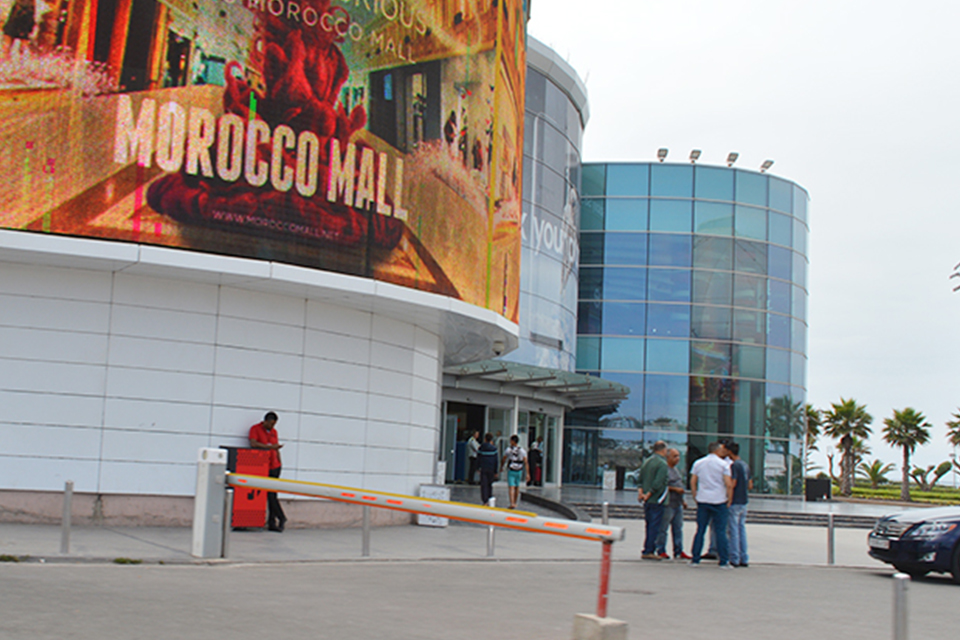 Morocco Mall opened on December 5, 2011. Distinguished in particular by the quality and diversity of its unique offer in the region, the Morocco Mall has received many prestigious awards such as that of the best shopping mall in the world at the MIPIM Awards or that of the most innovative Retail and Leisure concept at the RLI Awards.
All facilities for the absolute comfort of the visitor are there - security, private parking, rest areas, reception desks, ATMs, personal shoppers in the Miraj area, valet parking, video surveillance and security service, maps and information screens, lost and found, tax-free services, banks, pharmacies. Everything has been thought of to make each visit a pleasant and safe moment.
Entertainment and culture, fashion, musical, sports, promotional and technological events, the Morocco Mall is open for visitors to live a unique and magical experience, with family, alone or with friends, in an original architectural design.
Let yourself be swept away by the magic of shopping and the unique atmosphere of the Morocco Mall. You can spend the day there, eat there, watch the events and your children will find something to occupy them. 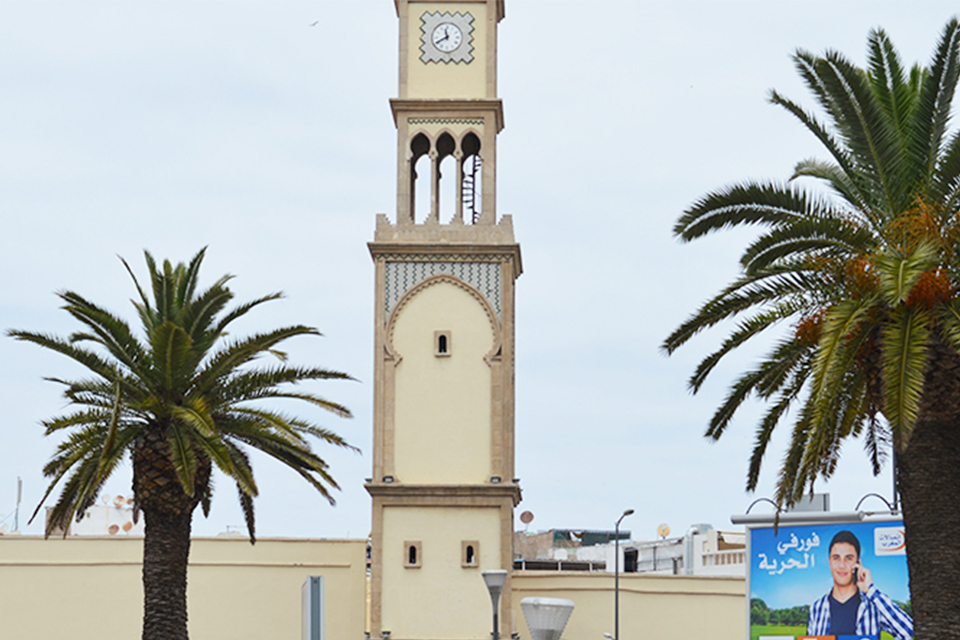 When you arrive here, you cannot fail to be impressed by the density of its stalls. Numerous vendors display their pyramids of spices, their succession of chicken cages, stacked one on top of the other, their fish shining on trolleys.
Fruit and vegetables are there for sale, porters come and go with large baskets on their shoulders and others make their way on their three-wheel conveyances covered with crates.
In late morning, wandering around this bustling market is a real pleasure, an atmosphere that is totally different from a touristic daily routine. 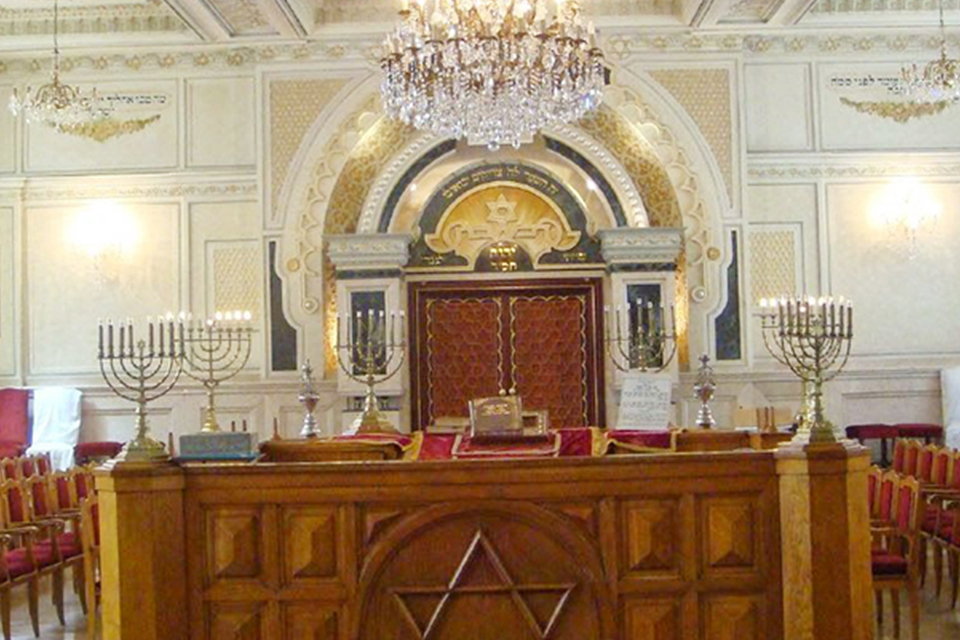 Of the thirty or so synagogues that Casablanca has today, this is undoubtedly the most beautiful. Beth El or "Beit-El", also known as the Algerian Temple, is also the city's best-known Jewish place of worship.
This is also where most of the celebratory events of the local Jewish community are held. With its colourful windows, giant chandeliers and unique architecture made of white and golden plaster, it attracts the curiosity of tourists every year during opening hours.
Casablanca is the city of Morocco where the Jewish community is the most active. 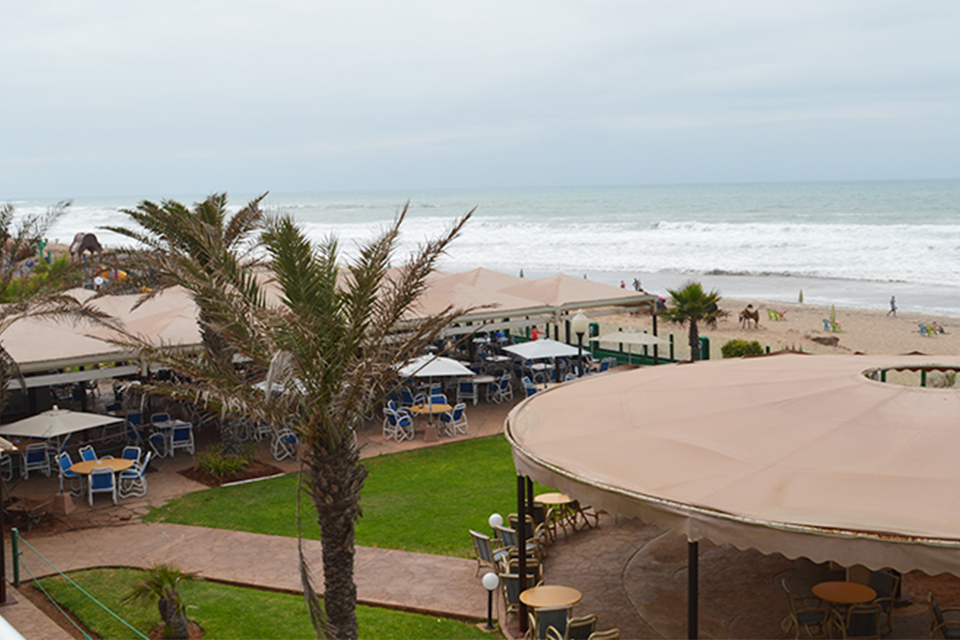 The beach of Ain Diab is located at the end of the Corniche, the promenade of Casablanca where all the trendy bars and discos are located.
There are also private beaches with admission fees nearby. A lot of kids come here to play football.
It's a nice place with a good atmosphere and there's no particular problem even for a single female.
This is a superb corniche where it is good to have a stroll in a chic seaside atmosphere. 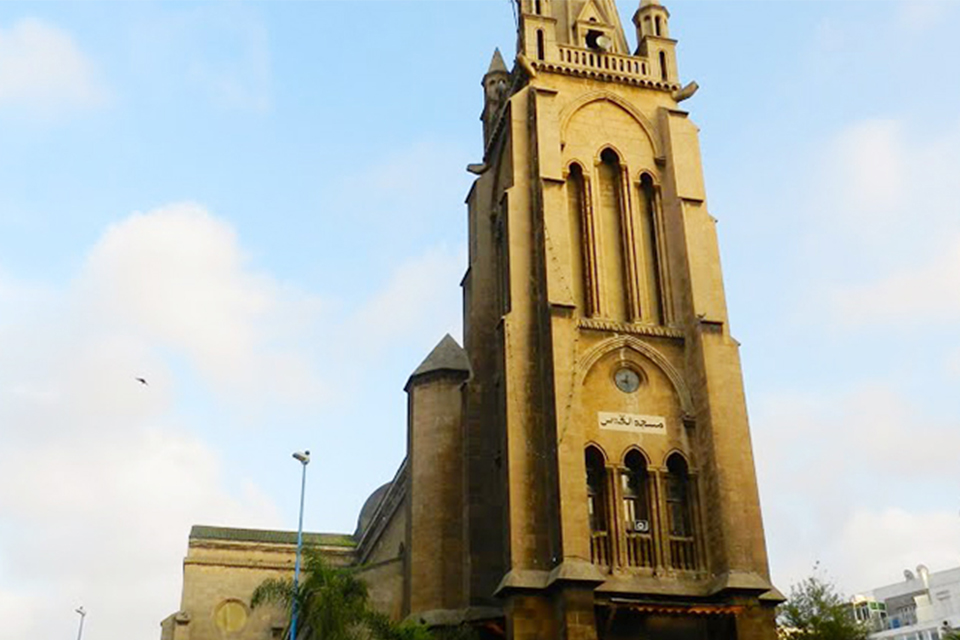 In the Roches Noires district, there is an atypical mosque called "Al Qods Mosque". Built in 1920, this mosque was originally a church named for Saint Margaret.
It’s impossible not to notice this mosque near the Al Qods garden, with its Gothic architecture reminiscent of European churches.
This resemblance is no coincidence. The Al Quds "mosque" was, in fact, once a church that bore the name of "Saint Margaret's" and was used as a place of worship by many Europeans during the protectorate period. 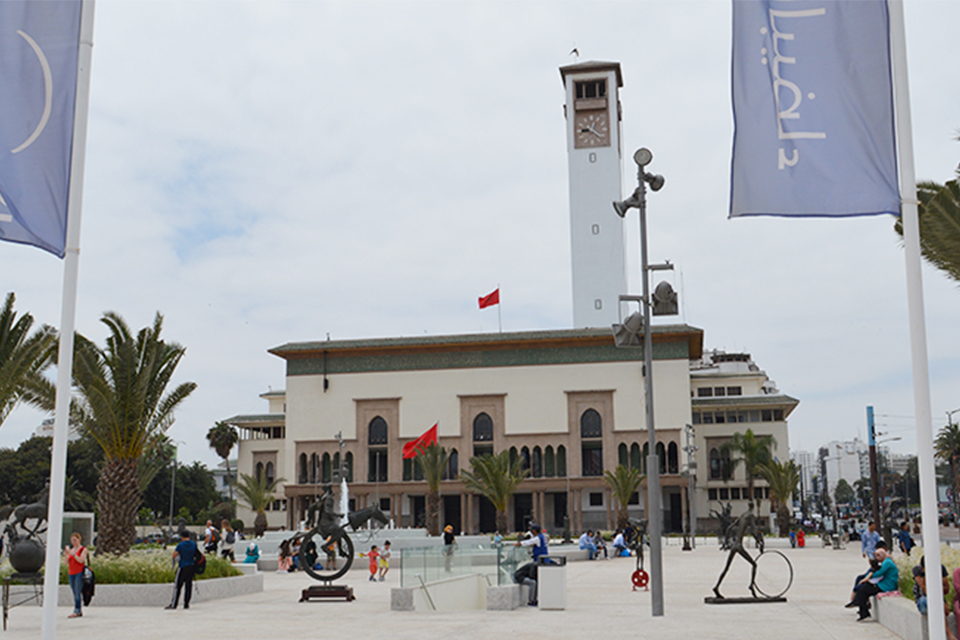 This is the place to come for the style of architecture called “Mauresque”. All the surrounding buildings are in this style, except for the new national theatre at one end. The square has been extensively remodelled for the theatre’s opening. The luminous and musical fountain, which has been a feature of Casablanca for many decades, has been moved to the other side of the square.
It’s a place for the youth to meet at night in groups or for clandestine lovers’ trysts. 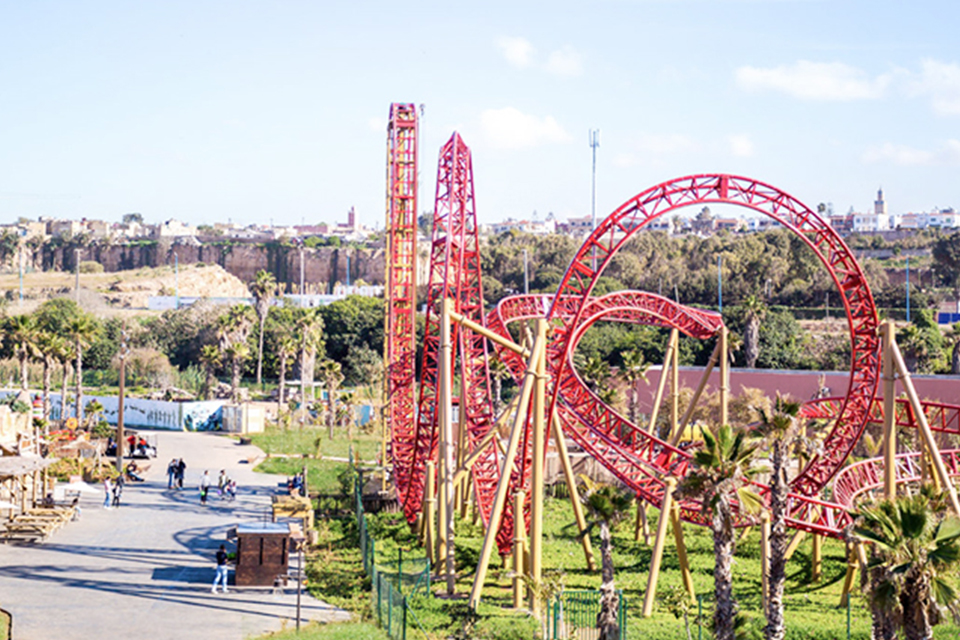 Enter Sindibad's magical world, where you will discover precious objects and wonderful presents that he brought back from his various travels.
Sindibad (Sinbad the Sailor) had a sumptuous palace erected, decorated with beautiful frescoes and multiple riches, a building of a thousand and one nights, with surprising architecture inspired by his many travels.