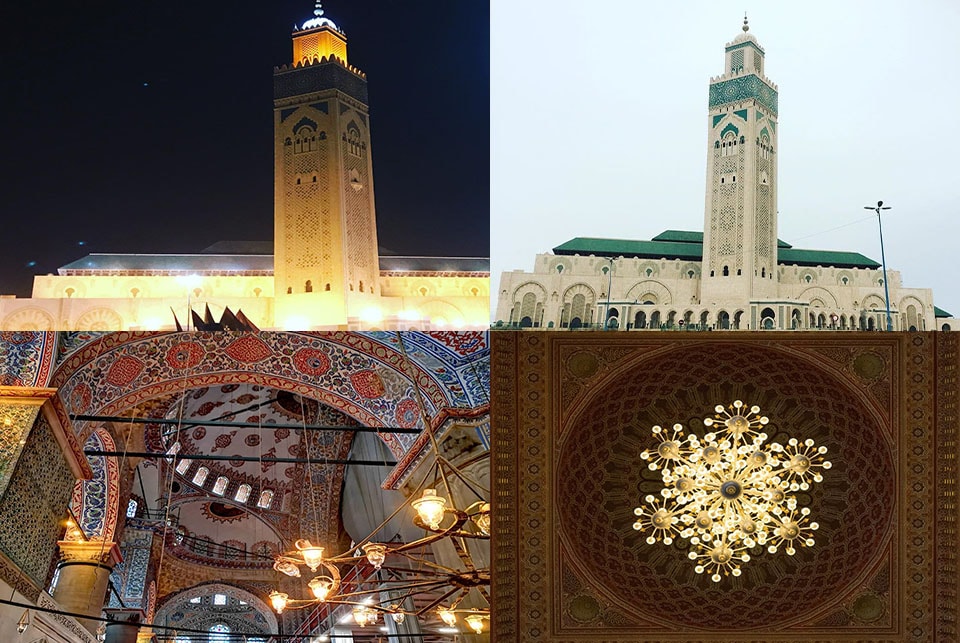 The Hassan II Mosque in Casablanca is an enormous building that stands in the misty air of the seaside.

The prayer hall can accommodate 25,000 worshippers in a total area of 20,000m2. 80,000 worshippers can pray in the courtyard outside.
The location of the mosque overlooking the ocean and built partly over it refers to the verse in the Qur'an specifying that the throne of God is on the water.
It is the only mosque in Morocco in daily use that non-Muslims can visit. 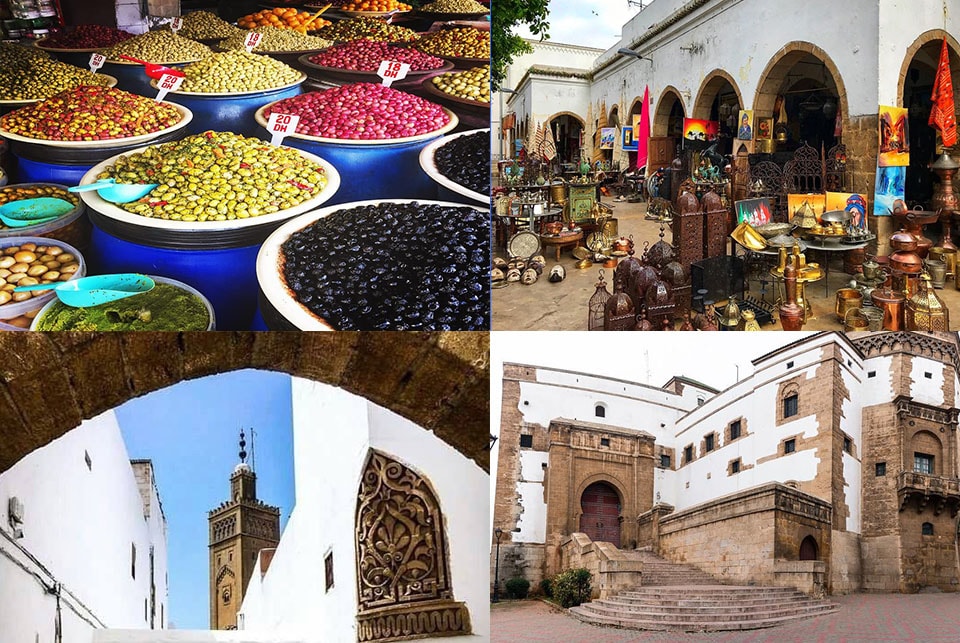 This is a medina built by the French during the time of the protectorate. It contains craft shops, souvenirs, a famous patisserie, fruit and veg sellers.
The area has wide and clean streets whose idiosyncratic white houses and street arches add personality to the place. 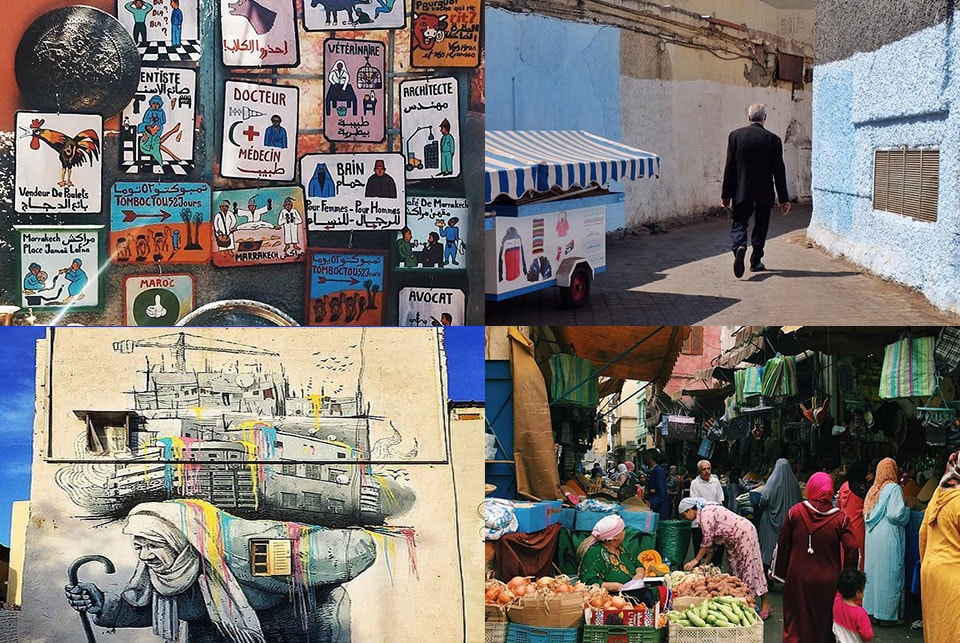 This medina is composed of an area of narrow streets that contains shops and houses. There is a large variety of shops selling handicrafts. The gold jewellery section is particularly good. The main gates of the medina lead out onto United Nations Square by the famous clocktower set in its walls. 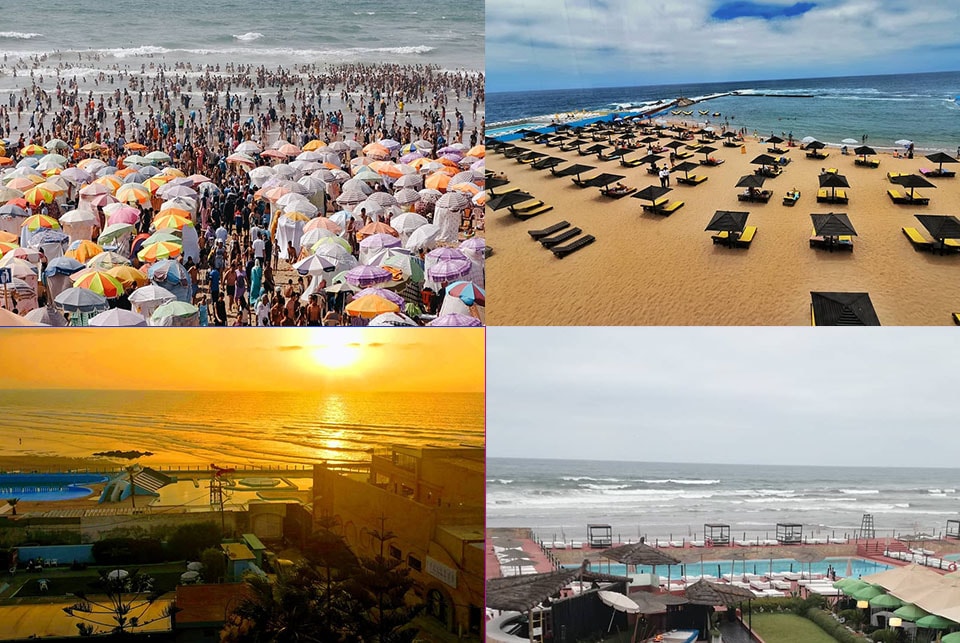 The beach of Ain Diab is busy during the summer period. Casablanca residents and tourists flee the heat of the city centre to go swimming at this immense beach of fine sand. 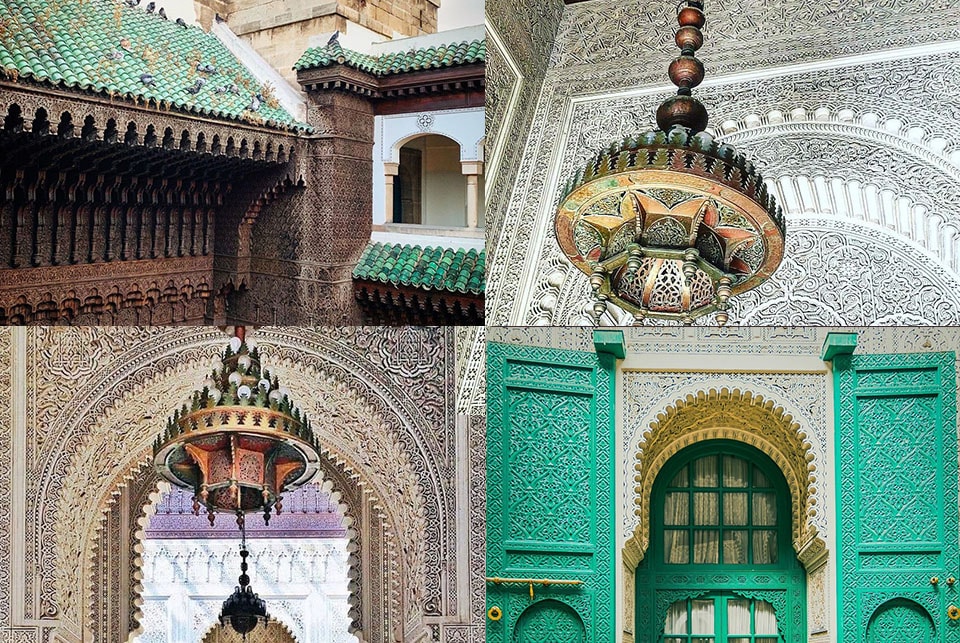 In the Habous district, the Mahkama of the Pasha is an architectural jewel of Casablanca.
The Mahakma of the Pasha is a richly decorated edifice which is a showcase of the craftmanship of the Moroccan artisans of the previous century. 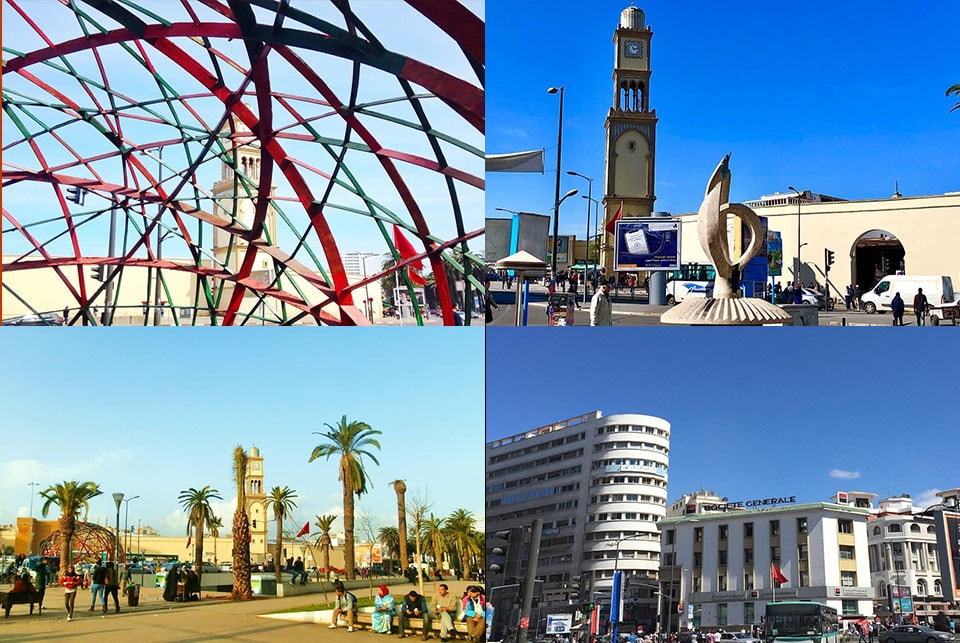 United Nations Square is the centre of the new city. It is the link between the old medina and the modern city. It is a bridge between the past and the present. It has as a landmark its dome nicknamed "Kora Ardia" and it is the meeting point of several major traffic arteries. Designed by the French architect Joseph Marrast, this square is one of the most important in Casablanca. After extensive remodelling to allow passage of the tramway, there is further renovation going on as of March 2020 to restore the underground tunnels to their previous level of luxury and chic. Everything can be found nearby: a tramway station, the souk, luxury hotels, restaurants, cafes, shops as well as banks, headquarters of large companies and travel agencies...