12 Reasons To Come To El Jadida

El Jadida is the capital of Doukkala, which is a large region of Morocco playing an important role in the country's economy. This region is one of the lungs of national agriculture and is also a seaside resort and has a successful industrial sector on an international scale.
This seaside city is not lacking in charm and beauty. Its beaches, historical vestiges, incredible natural sites and a temperate climate all year round are a surprise.
The first tourists to be enchanted by the magic of the place were the Romans who founded a city called Rusibis on the present site of the city.
Today it is a destination for Moroccans on long or short stays and for the more and more numerous international tourists who come to discover this beautiful region of Morocco ! 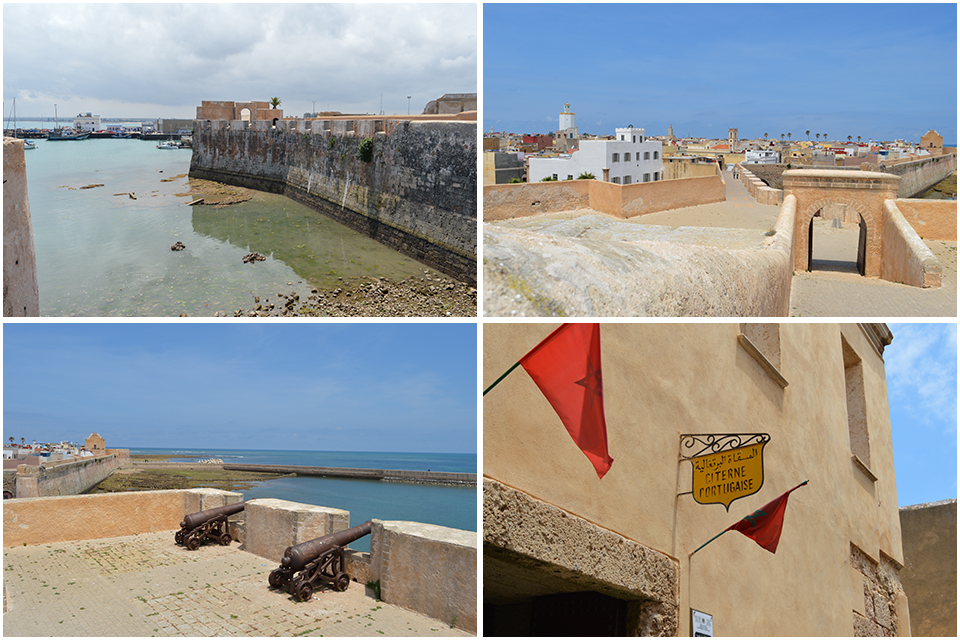 The Portuguese fortifications of Mazagan, now part of the city of El Jadida, 100km southwest of Casablanca, were built as a fortified settlement on the Atlantic coast in the early 16th century.
The colony was taken over by the Moroccans in 1769. The fortifications, with their bastions and ramparts, are an early example of Portuguese Renaissance military architecture.
The Portuguese buildings still visible are the Portuguese cistern, the Portuguese fortress of Mazagan and the Church of the Assumption, built in the Manueline style and now deconsecrated and used as a theatre.
We invite you to come and discover all the secrets of this place and its fascinating history in more detail.
The Portuguese city of Mazagan, one of the first settlements in West Africa of the Portuguese explorers on their way to India, offers an exceptional testimony to the cross-influences between European and Moroccan cultures that are clearly evident in the architecture, technology and urban planning which are today a pride of the Jdidis for its listing by UNESCO as a World Heritage Site. 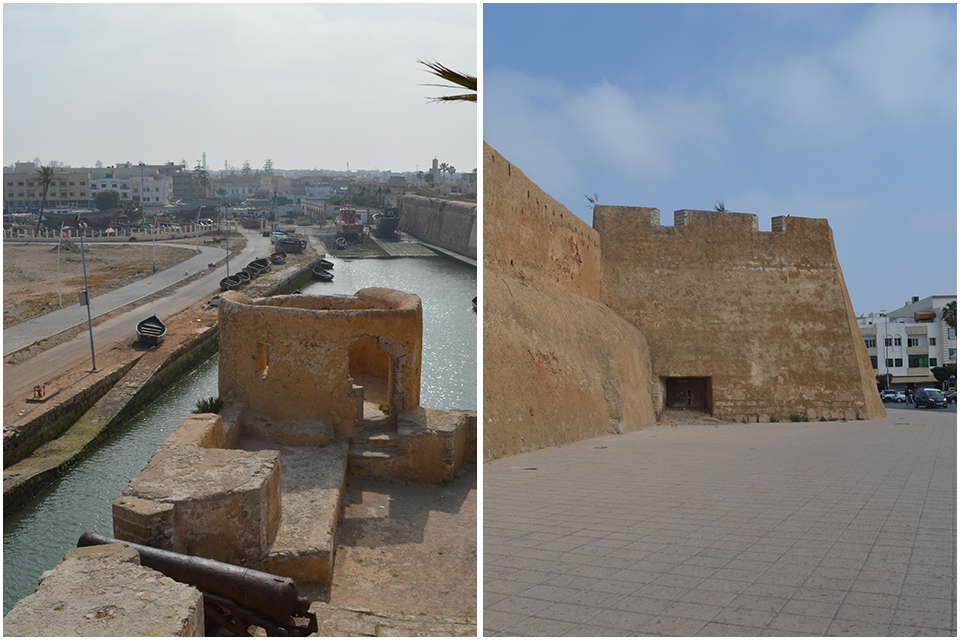 It’s possible to make a tour round virtually the whole of the city walls. They overlook the port, the breakwater, the Portuguese city itself, churches and synagogues, the Jewish cemetery and the town outside the walls. 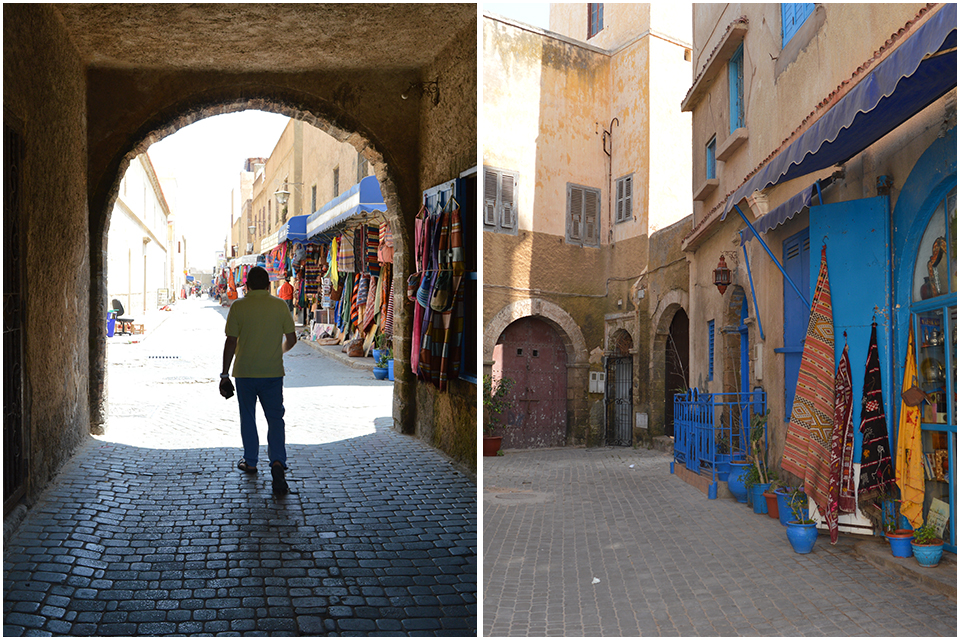 You will find many souvenir bazaars with all manner of hand-crafted items, where you will have to negotiate the price over a glass of tea. 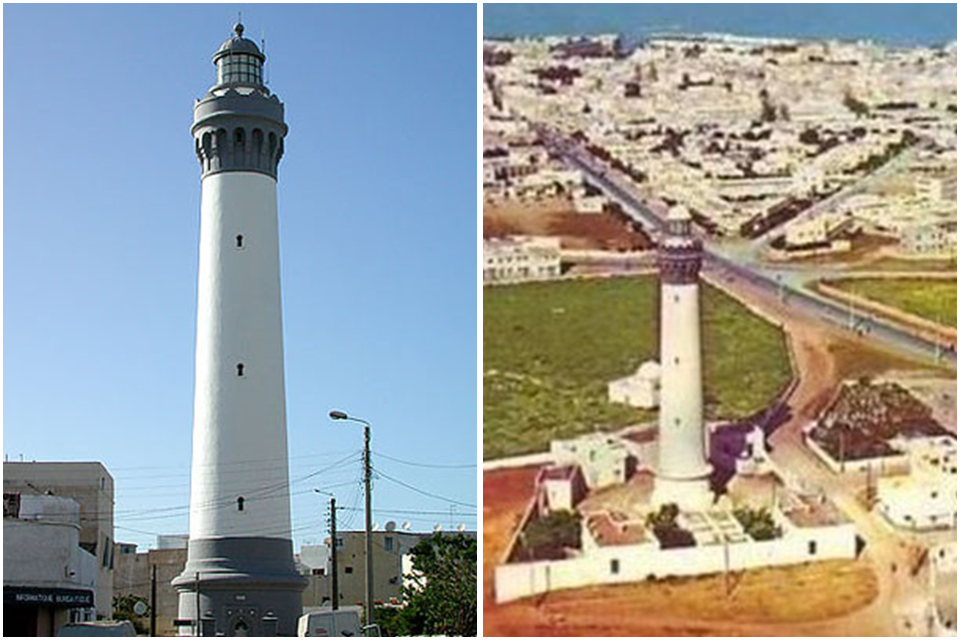 Built between 1914 and 1916 by German prisoners during the war, the lighthouse of "Sidi Bouafi" is an imposing monument of the city of El Jadida designed by French architects, The structure allows navigators heading from the Azores archipelago to the Atlantic coasts of Morocco or Europe to position themselves.
The signal of the lighthouse, visible from a distance of 30 nautical miles, is emitted in the form of a rotating beam at a speed of 3 revolutions per minute.
You have to climb 248 steps to the top. 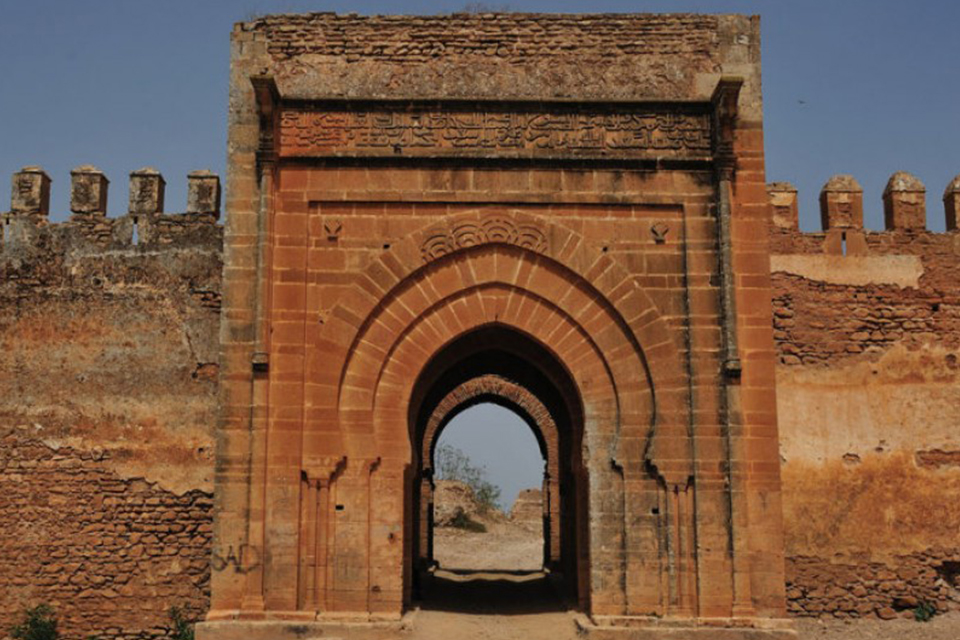 The Kasbah of Boulaouane is in the countryside of Doukkala.
You will discover a marvellous landscape and also the famous Boulaouane wine. In this region there are the Tazotas and farm inns to discover as well. 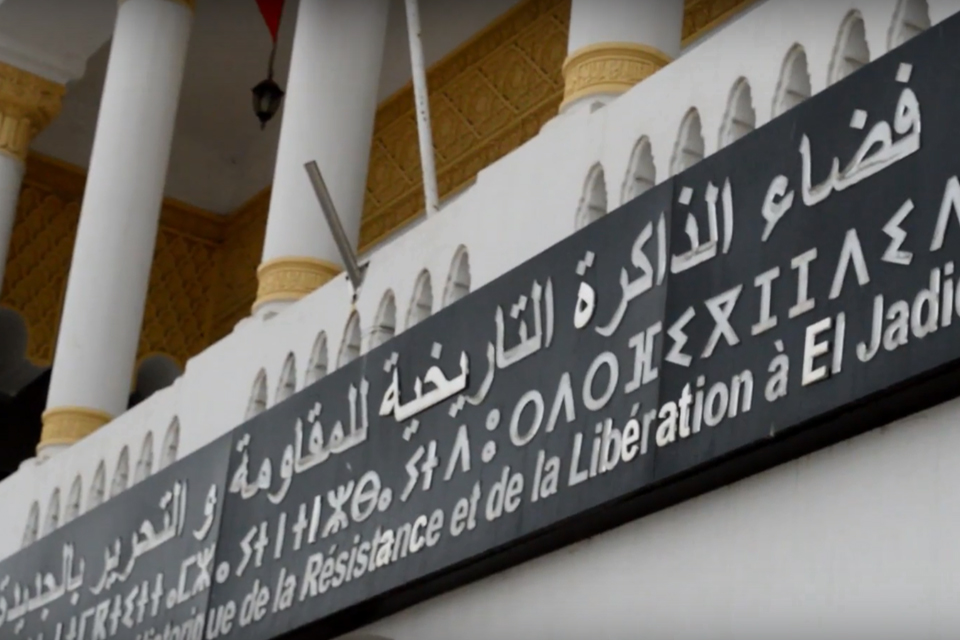 In addition to documents concerning the period of the Moroccan Resistance during the protectorate, the museum includes a space dedicated to the shared history of Morocco and France. 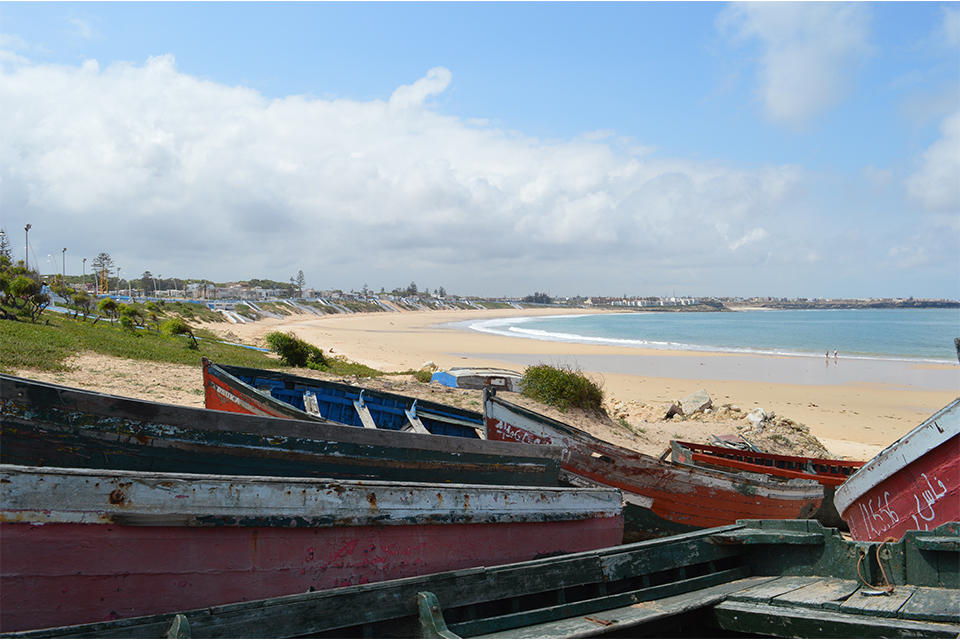 A favoured site, a beach that has rather cold water in the summer but a magnificent sunset.
Sidi Bouzid is a small seaside resort very popular with Moroccan tourists. 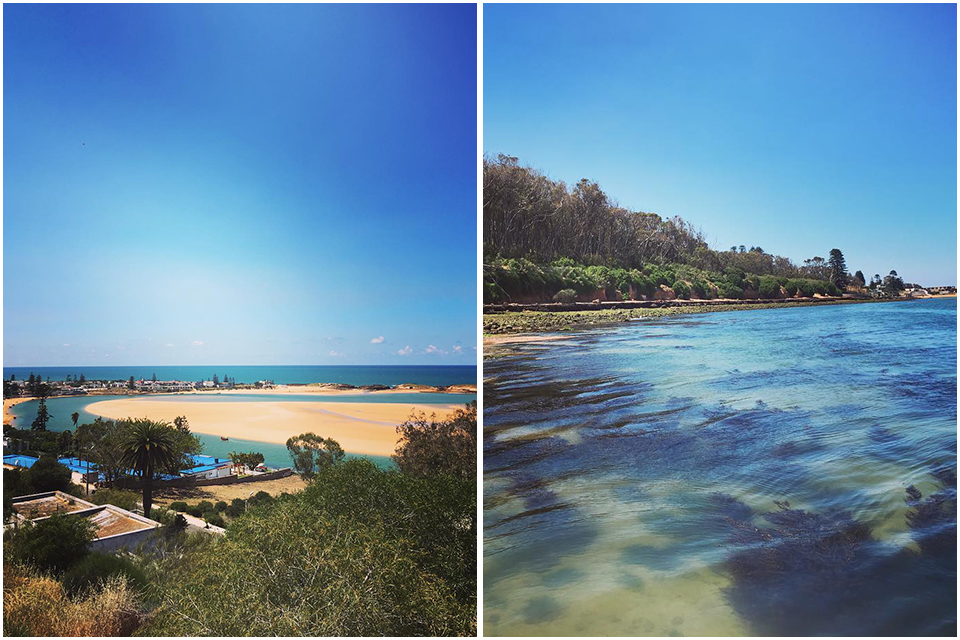 Among other landscapes all different from one another, Morocco has a little piece of paradise.
A precious treasure protected like a pearl inside an oyster - the lagoon of Oualidia.
On the Atlantic coast, where ocean and coast mingle and sometimes merge, in the heart of a natural lagoon protected by two tongues of land, Oualidia is a total change of scenery when you arrive from the hustle and bustle of the capital.
Located between El Jadida and Safi, 158 km from Casablanca and 212 km from Marrakech, this lagoon is one of the most beautiful on the Atlantic coast of Africa. 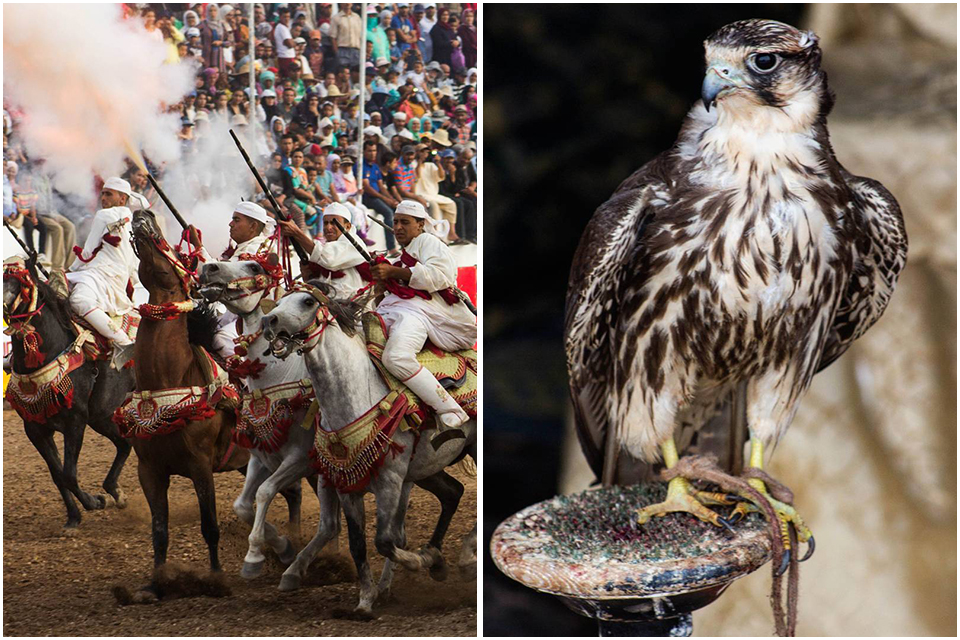 Every beginning of August the rural commune of Moulay Abdellah (Province of El Jadida) hosts the Moussem of Moulay Abdellah Amghar. The programme of this event includes: religious activities including collective reading of the Koran, recitation of the invocation of the prophet, shows, fantasia and falconry.
More than 12 regions attend the competition of the fantasia in order to show and highlight their customs and traditions to more than 500,000 visitors who come from Morocco and abroad to celebrate this cultural event in the Province of El Jadida. 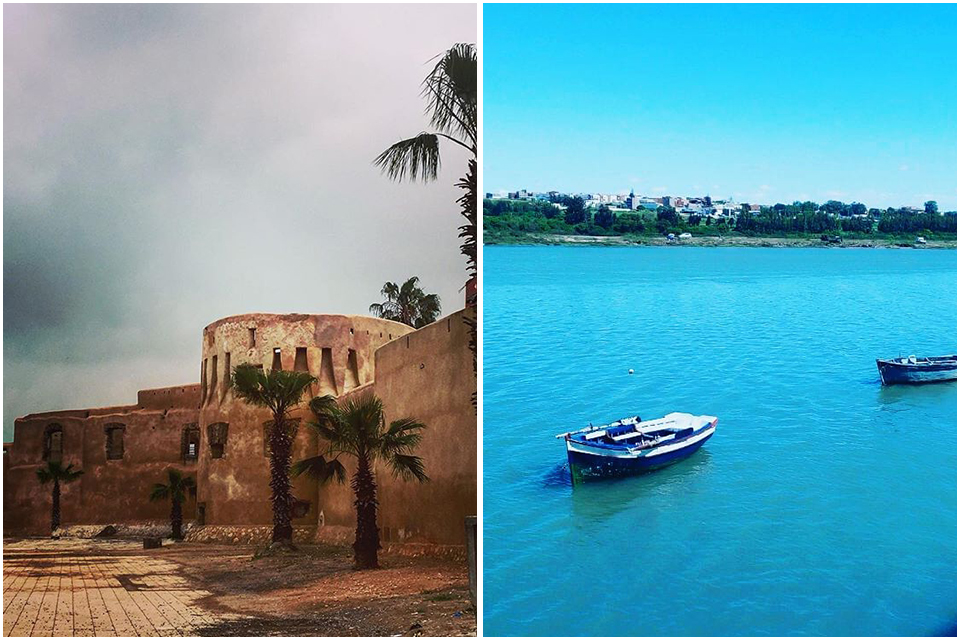 Located 13 kms north of the city of El Jadida, on the left bank of the Oum Errabia, this is an ancient city founded by the Princes of Sanhaja when the Berbers had their independence.
In 1513, the Portuguese took it over and transformed it completely before it became independent at the time of Sultan Saadien El Abbas El Aerej.
Today the towns of Azemmour and El Haouzia are rolling up their sleeves to play a leading role in the development of the province of Doukkala. 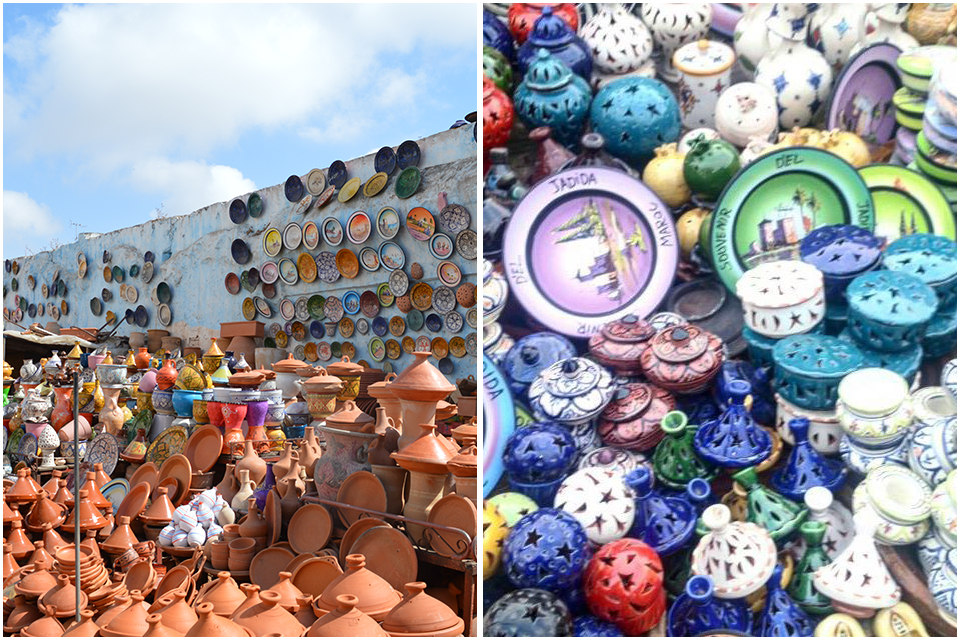 You can find everything here - local crafts, ready-to-wear, spices and accessories in a traditional and popular atmosphere. Locals shop here so prices are keen. 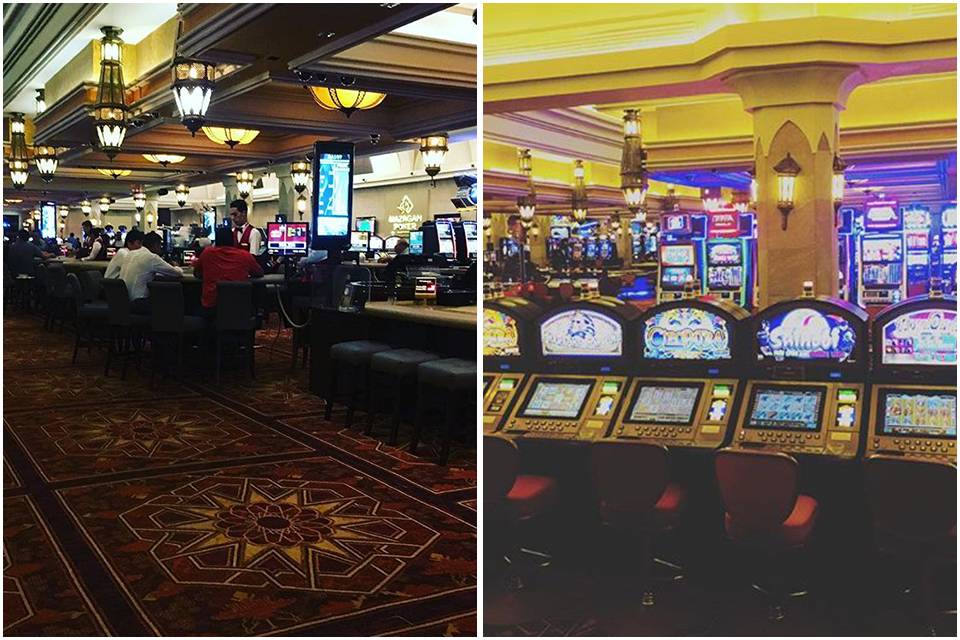 Casino Mazagan in El Jadida is the largest exclusive casino in Morocco, 45 minutes from Casablanca.
Voted the most beautiful casino in North Africa, the Mazagan Casino covers more than 3,000m².
With more than 451 machines and 37 gaming tables, the casino is located in a luxury setting on the site of Mazagan Beach Resort with a golf course, a 5-star hotel, numerous restaurants, a nightclub and a large auditorium.