10 Typical Moroccan Dishes That Have To Be Tried 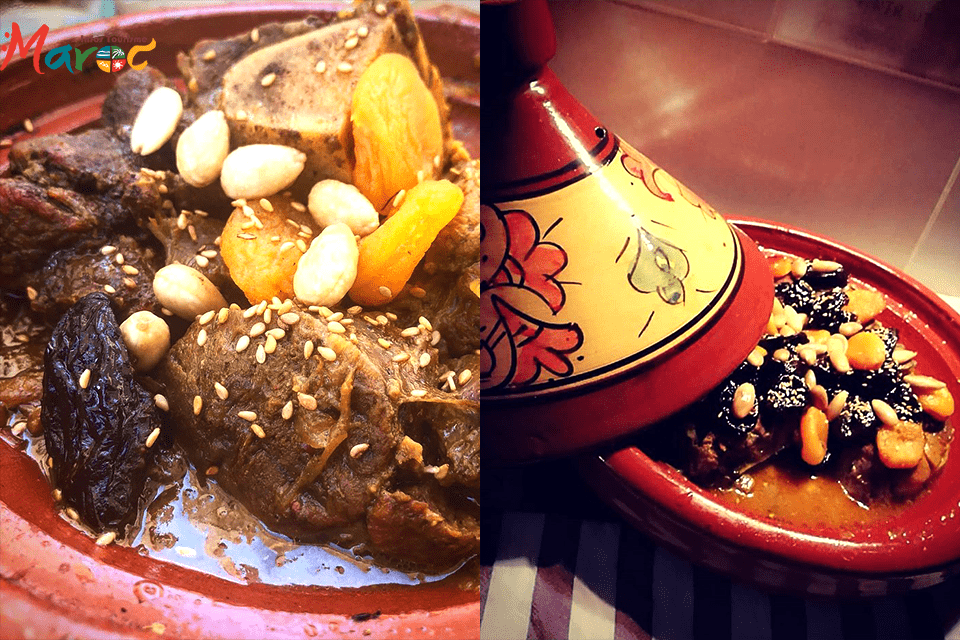 The Tajine is the name of a delicious Moroccan dish. It is originally a Berber dish, a kind of stew, in which vegetables and meat are braised.
Each Moroccan cook has her own recipe which are variations around a meat or fish stew accompanied by vegetables or even dried fruit.
The tagine is a mysterious dish that subtly combines oriental spices with salty and sweet. Coriander, cinnamon, nutmeg, cumin and paprika delicately spice up the preparations. Recipe Traditional vegetable tagine. 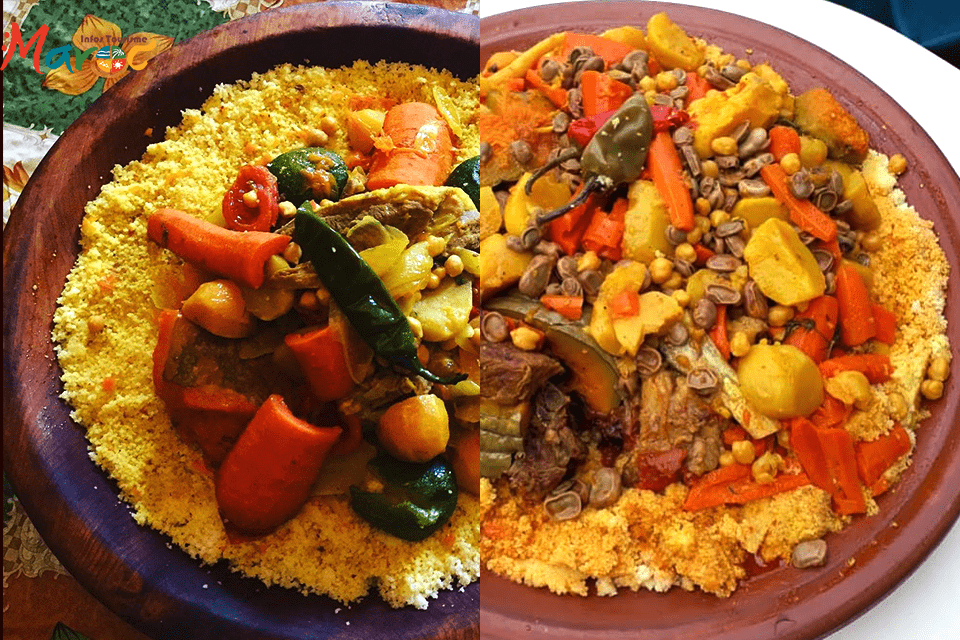 Couscous is the defining dish for the inhabitants of North Africa. It is also their greatest and most beautiful culinary creation. Couscous is eaten with meat and vegetable stew, flavoured or plain, hot or cold. 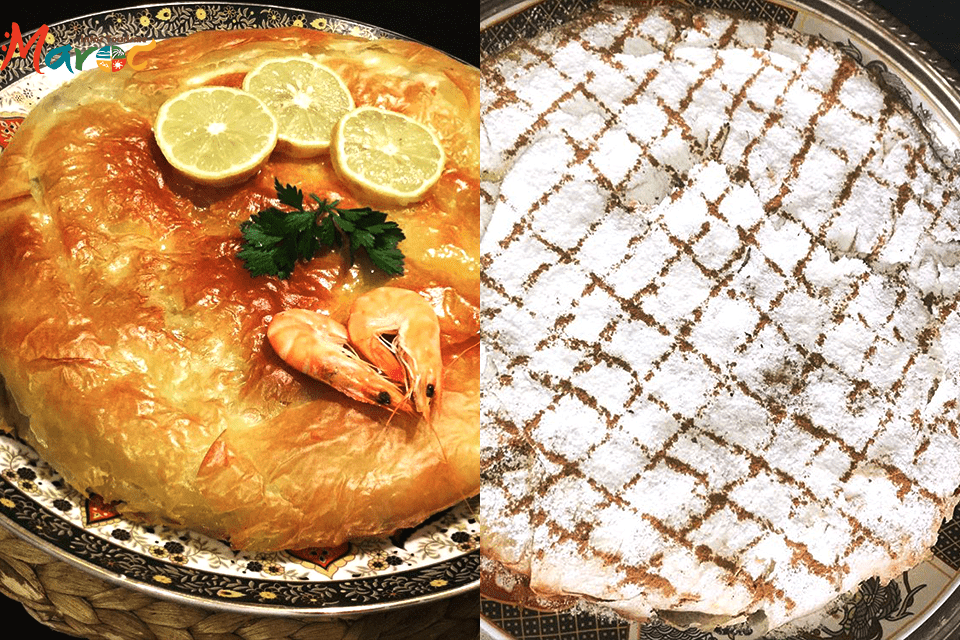 Bstilla is one of the dishes most favoured by Moroccans, a heritage preserved over the centuries thanks to the everlasting link between Andalusia and the Maghreb.
Originally made from pigeon, the bstilla has several variants. It can also be made with chicken, meat and even fish. Recipe for Moroccan Pastilla. 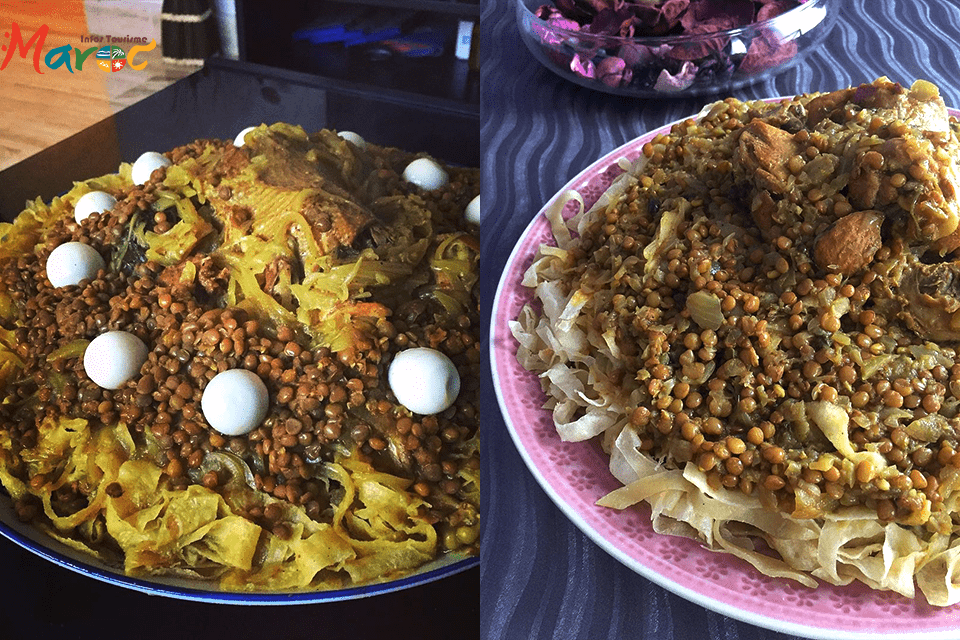 Rfissa is a traditional Moroccan dish. To prepare Rfissa, you have to cook trides (a sort of crepe), chicken, carrots and lentils. Rfissa recipe. 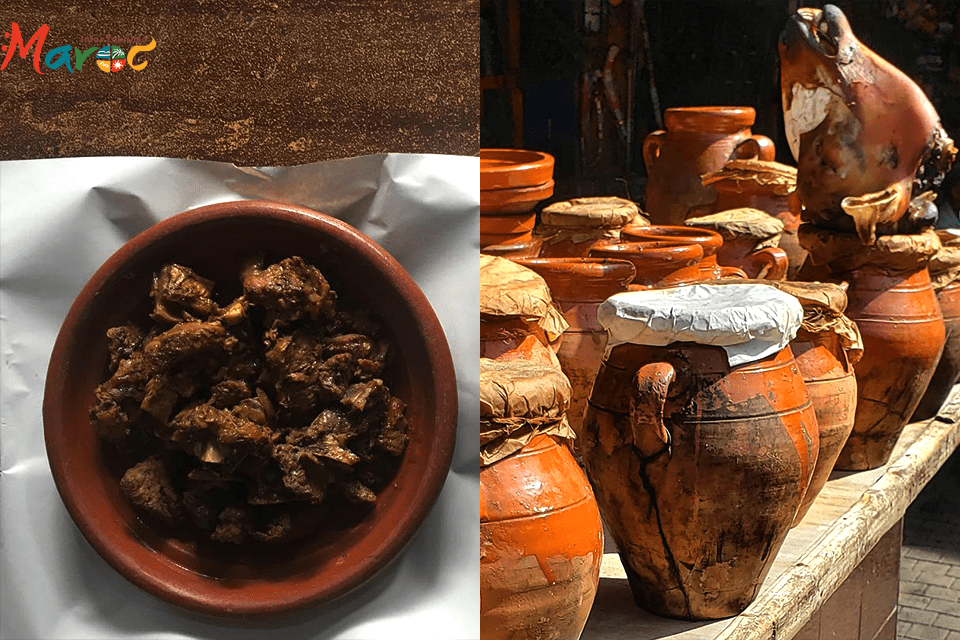 The Tanjia is from Marrakech, traditionally the dish cooked for long hours in the ashes of Marrakech's public ovens. To go there without tasting this emblematic dish would be blasphemy. 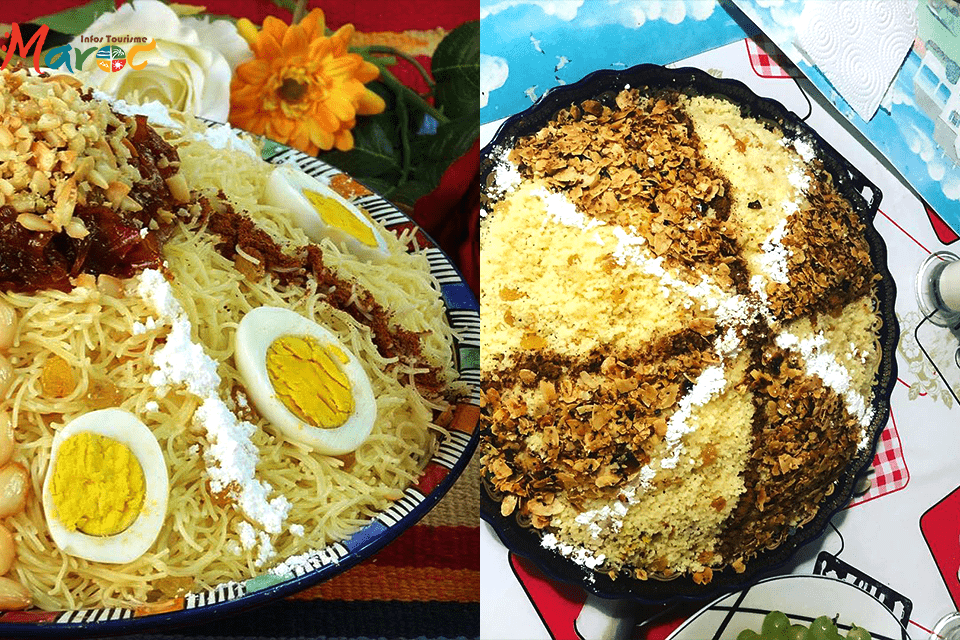 Seffa is a Moroccan speciality that is generally served on special occasions between the main course and dessert. Seffa recipe. 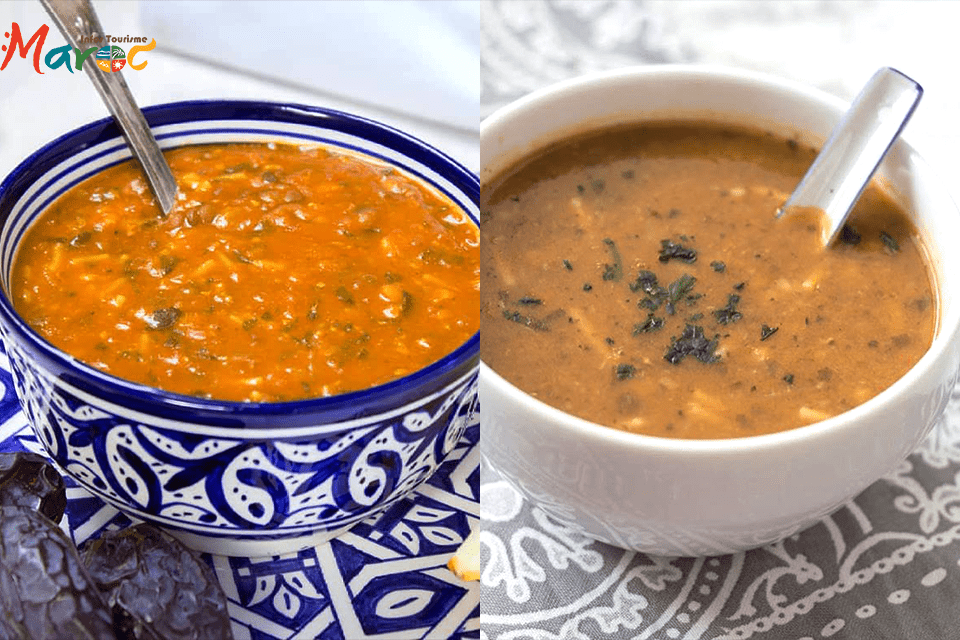 Harira is a very typical Moroccan soup. The essential soup during the month of Ramadan, its perfume announces the approach of the "ftour" or breaking of the fast. Harira recipe. 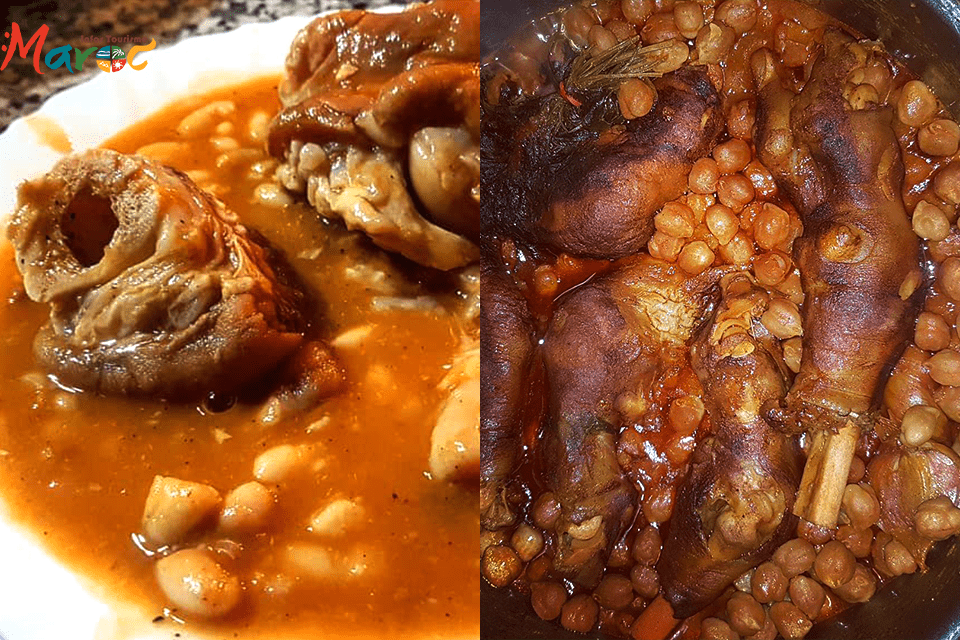 Moroccan-style sheep's feet are traditionally prepared on the occasion of the sheep festival. Hargma recipe. 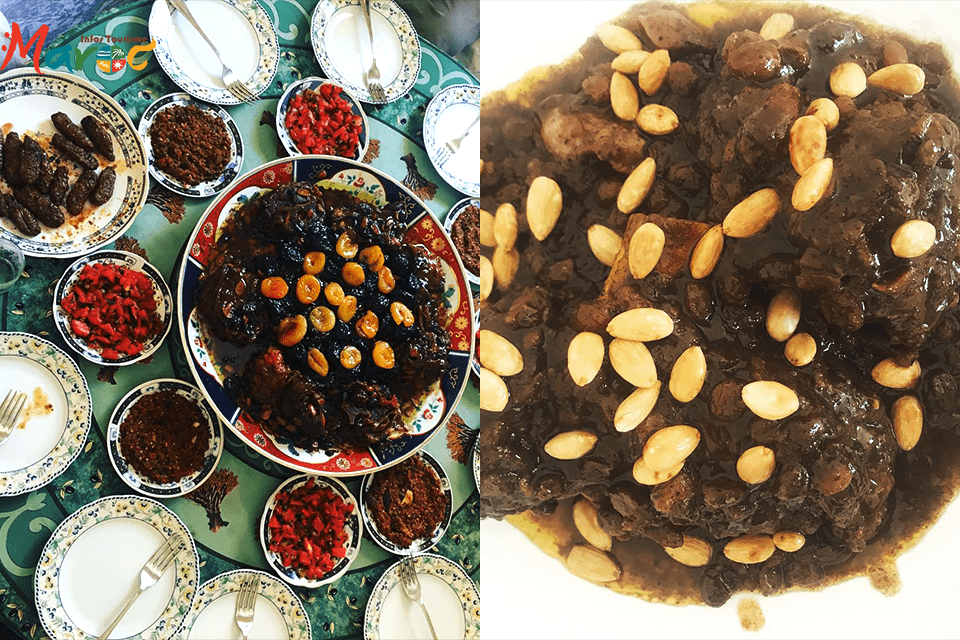 Mrouzia is a very old traditional dish that is made towards the end of the Eid. Mrouzia recipe. 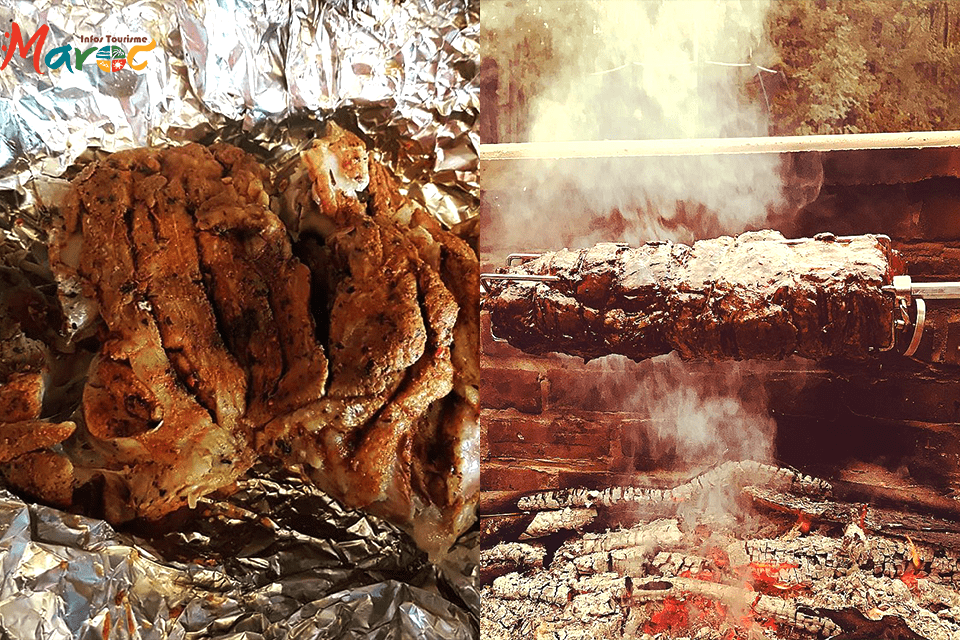 A lamb mechoui is served on the occasion of a wedding in Morocco A meat-based dish, the mechoui refers more to a cooking method than to a particular recipe. It can be found for sale in one-person portions in  “Mechoui Alley” in Marrakech.